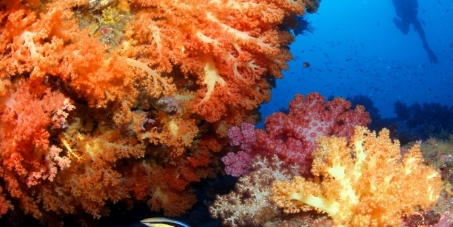 Sign this petition
헤드 돕.
started this petition to
IUCN Director-General Julia Marton-Lafevre, 세계자연보전연맹 줄리아 마르통-라페브레 사무총장
Pristine Jeju Island, home to one of the world's most spectacular soft coral forests, is under threat from plans to build a naval base . Local protesters have been beaten by police, but now the world's leading environmental organisation, the IUCN, is holding its major summit there and could turn the tide by speaking out against the destruction.

If the IUCN was to change its position and condemn the plans, it would fundamentally weaken the government's position . Let's seize the opportunity of their summit, to call on IUCN Director-General Julia Marton-Lefevre to support the campaign to Save Jeju. We only have days left -- the meeting starts on September 6th. Sign the petition on the right and the Mayor of Gangjeong village will deliver it to the IUCN Director General.

Once you've signed, spread the word about this campaign by forwarding the email below from Actor Robert Redford .

From September 6-15, some 10,000 environmentalists will converge on Jeju Island to attend the World Conservation Congress (WCC) organized by the oldest environmental organization, the International Union of the Conservation of Nature (IUCN). The IUCN’s slogan is that it promotes “a just world that values and conserves nature.” If recent actions are any indication, nothing could be further from the truth.

The WCC will take place only a few minutes away from Gangjeong where the construction of a naval base is threatening one of the planet’s last great soft coral forests and other coastal treasures, assaulting numerous endangered species and destroying a 400-year old sustainable community of local farmers and fishers.

Unfortunately, the IUCN leadership has ignored or whitewashed the naval base.

Instead of condemning the South Korean government’s actions, IUCN Director-General Julia Marton-Lafevre praised its seriously flawed “Environmental Impact Assessment” (EIA) for the base project, which ignored critically endangered species, missed crucial impacts upon 40 species of soft coral, including nine that are seriously endangered, and five that are already protected by CITES (Convention on International Trade in Endangered Species of Wild Fauna and Flora). This naval base is being built just 0.13 miles from a UNESCO Biosphere Reserve, Tiger Island.

While Gangjeong villagers trying to protect their treasured natural resources are subjected to daily police beatings and arrests, the IUCN has still failed to acknowledge the environmental or human-rights violations. One can’t help but wonder if this is because the WCC convention is partly financed by the very corporations building the military base, notably Samsung.

Instead of inviting dialogue, the IUCN conference organizers have suppressed it. In an official letter from IUCN leadership – with no explanation -- it blocked the villagers from even having a small information booth at the conference.

You can help give voice to the Gangjeong villagers who have been beaten and silenced, not just by their own government, but now kept out by the world’s largest environmental organization. Add your name to this letter to IUCN Director-General, Julia Marton-Lefevre, to be hand delivered by Gangjeong village Mayor Kang Dong-kyun at the IUCN Congress.

Take action now and sign this petition to the IUCN Director-General, Julia Marton-Lefevre.

For peace and protection of our planet,


P.S. Gangjeong village Mayor Kang Dong-kyun needs thousands with him when he delivers the petition to the IUCN Director General. Take one minute now and stand with him and the villagers fighting for the endangered species, coral forests and their livelihoods! Sign and share the petition.