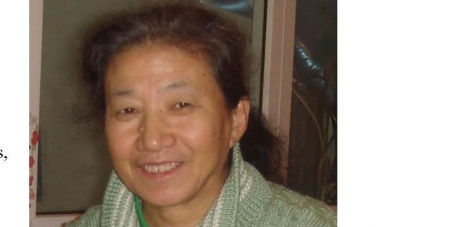 By continuing you agree to receive Avaaz emails. Our Privacy Policy will protect your data and explains how it can be used. You can unsubscribe at any time. If you are under 13 years of age in the USA or under 16 in the rest of the world, please get consent from a parent or guardian before proceeding.
This petition has been created by Lisa Z. and may not represent the views of the Avaaz community.
x

My mother, Mrs Zhang Fengying, has been illegally arrested, incarcerated and brutally tortured in Beijing China for her belief in Falun Gong. PLEASE HELP BY SIGNING THE PETITION!!

Falun Dafa (also called Falun Gong) is an advanced practice of Buddha school self-cultivation, founded by Mr. Li Hongzhi, the practice’s master. To put it simple, it is a Qigong style of exercise aiming at physical health and spiritual upgrade. Its discipline Zhen, Shan, Ren (Truthfulness, Compassion, Forbearance) with assimilation to the highest qualities of the universe is the foundation of this practice.

Falun Dafa brings a person to a state of wisdom and harmonious existence. The movements of the practice are concise and is extremely simple and easy.

Yet from 1999 to 2000, mum was illegally arrested 3 times in Beijing for her belief in such a good moral and spiritual practice. She was severely tortured by the Beijing police while in detention centers. Police stepped on her and beat her barbarically, forced tube-fed her violently resulting in nose and gastric bleeding, handcuffed her feet and arms, covered her head and ordered inmates to tighten her hands and feet with handcuffs. They even stripped all her clothes off and threw her out onto the ground in the freezing cold winter. Mum lost consciousness after their brutal torture, her body twitched and she was close to death……After she came out of the detention center, in order to avoid the relentless tracking of her whereabouts by CCP(Chinese Communist Party) police, she left home and led a homeless and unstable life.

However, in March 2008, before the Beijing Olympics, this occasion was deemed a "SENSITIVE PERIOD" by CCP government, the local police from Changping District went to her house to arrest her, she became homeless again!

The most recent arrest of my mum, which is also the 4th time of illegal arrest, happened on the 25th Nov, 2012. That morning mum went to the grocery market to do some shopping but never came back since then. She was arrested by Huoying Police Station (霍营派出所） for picking up 3 copies of "Jixiang(Lucky) Baby" calendars from the ground and giving them to passersby. Her bike was found at the backyard of the police station but my beloved mum had been transferred to the Changping Detention Centre of Beijing ( 北京昌平看守所）with no one in my family being notified of her arrest, which is a common trick played by the Chinese Communist police who are actually undermining the Chinese Constitution.

On 7th December 2012, another police station Longyuan Police Station (龙园派出所）and the Changping Police Bureau (昌平公安局）lead by a woman surnamed Tian from the Neighborhood Committee, an organisation exclusively controlled by the CCP government, ransacked my parent's house.

After nearly 2 months of illegal detainment in the detention centre, in the morning of 22nd January 2013, Zhang Fengying was secretly transferred to the No.4 Division of Beijing Tiantang He Women’s Forced Labor Camp in Daxing District (北京大兴区天堂河女子劳教所第四大队）. In the forced labor camp, she is being deprived of sleep, when my family visited her, she looked extremely exhausted and has lost a lot of weight. However, once she was allowed to sleep for a very short period of time, police forced her to stay in one position and not allow her to turn around, resulting in the right hand side of her face being swollen and looking much bigger than the other side. During the day, she was forced to sit on a child’s small stool and not allowed any movement. Mum's physical condition is deteriorating due to the brutal torture in the labor camp. Her blood pressure is getting abnormally high and she is suffering from abnormal uterine bleeding.

Letters sent to mum and those sent to my family have been illegally intercepted by the police and she is not allowed to make any phone calls to family members in Beijing. On 18th March 2013, when my family visited her, she implied that she was being tortured by the police so the visit was cut down to just 20 minutes and my family were chased out of the meeting room.

After the exposure of LIVE ORGAN HARVESTING from Falun Gong practitioners by the Chinese Communist government and its state-owned large hospitals in order to make profits in organ transplant, mum is in an extremely dangerous situation. This crime committed by the Chinese Communist government is even more evil than the genocide of the Jews by Hitler.

You can write to Mrs Zhang Fengying to the following address:

Mum is just one of those hundreds of thousands of Falun Gong practitioners being persecuted in China. It is imperative that WE STOP THIS PERSECUTION which has lasted for 13 years in China, so PLEASE HELP BY SIGNING THE PETITION!

Today: Lisa Z. is counting on you