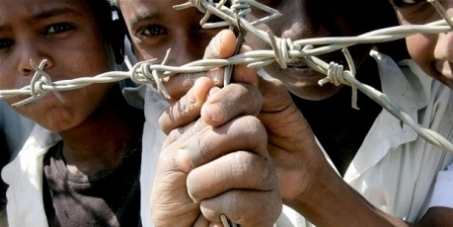 Sign this petition
Ian B.
started this petition to
Interim Egyptian President Adly Mansour, Interior Minister Mohamed Ibrahim, Field Marshal Abdel Fattah el-Sisi
Nine months pregnant and in chains, Haben's* torturers beat her ruthlessly demanding a $35,000 ransom from her husband. She gave birth in shackles, beside other terrified captives , with only rusty metal to cut the umbilical cord. It's unbelievable that this is happening in 2014!

*Haben is a pseudonym, but her story is real.

Today: Ian B. is counting on you

Ian B. needs your help with "The Sinai Slave Trade". Join Ian B. and 30,783 supporters today