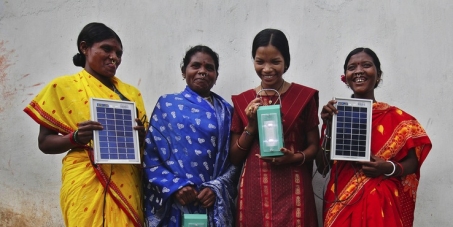 This petition is closed
50 Supporters
Emily J.
started this petition to
World Bank Member Governments
Against all evidence, the World Bank plans to invest billions of dollars into new mega-dams that destroy the environment and whose benefits bypass the poor. But we have a great chance to stop them now!


In just a few days, our governments will meet in Moscow to replenish the fund from which the World Bank wants to finance a new generation of mega-dams. If we can convince key countries that their aid dollars should support clean local energy for those in need rather than destructive dams, the World Bank will not go forward with its plan.

Let’s tell the main donor countries to cut their support for destructive World Bank dams and shift their contributions to institutions that support renewable energy solutions for poor communities instead. Our partners in Moscow stand ready to deliver this message to the World Bank’s fundraising party.

We know that the World Bank listens to the power of the purse strings. It pulled out of mega-dams in the 1990s after governments threatened to cut their contributions over destructive projects in India and the Amazon. Public pressure then saved precious ecosystems and many poor communities from destruction. In the meantime, better alternatives have seen their break-through.

The new World Bank President is a big fan of dam building. He wants to get back into the business with multi-billion dollar projects in Africa and the Himalayas. First in line is a dam on the Congo River that would serve the mining industry of Southern Africa – at a time when 99 percent of the Congo’s rural population has no access to electricity.

Let’s stop this cynical abuse of aid dollars. Let’s call on the main donor governments to shift $1.6 billion – the share of the World Bank fund that has traditionally supported destructive energy projects – to institutions that support solar, wind and micro-hydropower projects for rural communities. Sign here and spread the world!

Sign this petition to ask government representatives to withdraw their funding and instead support more effective and just solutions!

Today: Emily J. is counting on you