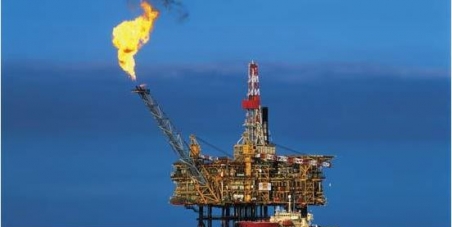 By continuing you agree to receive Avaaz emails. Our Privacy Policy will protect your data and explains how it can be used. You can unsubscribe at any time. If you are under 13 years of age in the USA or under 16 in the rest of the world, please get consent from a parent or guardian before proceeding.
This petition has been created by Ireland's N. and may not represent the views of the Avaaz community.
x

Sign this petition
Ireland's N.
started this petition to
Minister Pat Rabitte TD (Labour Party), Minister of State Fergus O'Dowd TD (Fine Gael), An Taoiseach Enda Kenny TD (Fine Gael), Simon Coveney TD (Fine Gael)
It has been estimated that the Corrib gas field off the coast of Co. Mayo is worth €13bn, Barryroe oil field off the coast of Co. Cork contains 1 billion barrels of oil with 300 million recoverable (current price of crude oil = $100-110/barrel approx.). There is also interest in other potential oil and gas field's off Co.Kerry and Dublin.Under current legislation, Ireland receives little or no financial gain from the sale of its natural resources. Ireland has the lowest taxation terms of any developed country. The current tax rate imposed on oil and gas companies stands at 25% of profits incurred, which may rise to a max of 45%. What many people don't know is that this tax has a 100% write-off against exploration and development costs extending back to 25 years before the oil or gas field goes into production. This means that oil and gas companies pay very little tax to the Irish exchequer. On top of that, oil and gas companies are not required to supply Ireland with any of the oil and gas they find. Nor are they required to refine their produce in Ireland. They are not even required to employ a single Irish person.

The Irish fishing industry has also been sold out by past and present Irish governments who agree to unfair EU fishing quotas. The total available catch off Ireland last year was estimated at €1bn. Of this value, Ireland was only entitled to catch €0.19bn, the rest going to other EU countries.

The present Irish government are also considering selling off Ireland's forest harvesting rights for 80 years. This sell off would raise approximately 3 weeks loan interest on the national debt while at the same time destroying tourism. Under the proposed deal, Ireland would be required to replant the trees that are harvested by private companies. This would actually cost the state money instead of alleviating its financial woes.

Any exploration, extraction, harvesting, fishing or otherwise of Ireland's natural resources should be carried out in a responsible manner and to the highest safety standards. Companies or government bodies involved in Ireland's natural resources must ensure safety, protection, preservation and sustainability to all local residents, working personnel, land and marine wildlife, and the environment as a whole. Companies or government bodies in breach of these practices must be held accountable.

Petition Update: Many of you wanted to know what the plan was for the petition now that the 20,000 signature target was reached.

Originally the idea was to organize some kind of demonstration outside the Dáil or maybe outside the minister's work office and then personally deliver the petition as well as email it.

With the Dáil in summer recess until September, it was thought that any action should be delayed until the Dáil reconvenes. Timing is everything!

Thus, the probable date for delivering the petition will be some time between September to December.

After much discussion and advice from another group who are also campaigning on this subject, it was decided to work in tandem to formulate an effective plan for delivering the petition.

Nothing definitive has been agreed and there are still many ideas being discussed but things are getting very exciting, so watch this space! I would not like to say too much more right now but I will update you all when further developments arise and there should be plenty of opportunity for people to get involved.

In the meantime, the petition will stay open so we can get as many additional signatures as possible. So please keep sharing the petition and raising awareness.

Like 'Ireland's natural resources belong to the Irish' on facebook to keep up to date with further developments.

Today: Ireland's N. is counting on you