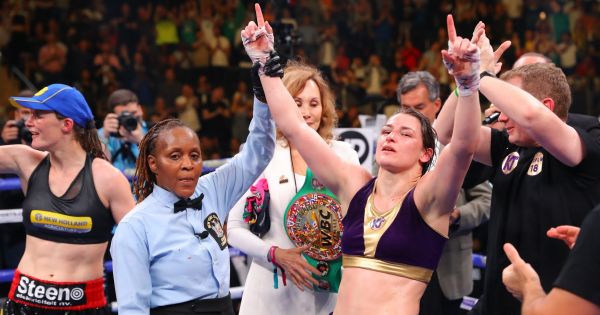 Erect a statue of Katie Taylor in Bray

By continuing you agree to receive Avaaz emails. Our Privacy Policy will protect your data and explains how it can be used. You can unsubscribe at any time. If you are under 13 years of age in the USA or under 16 in the rest of the world, please get consent from a parent or guardian before proceeding.
This petition has been created by Fassaroe R. and may not represent the views of the Avaaz community.
x

Sign this petition
Fassaroe R.
started this petition to
Irish Government
No one has done more to put Bray on the map than Katie Taylor.

Taylor was born and raised in Bray, County Wicklow and first began boxing in 1998, aged 11.

In her successful amateur boxing career, Taylor won five consecutive gold medals at the Women's World Championships, gold six times at the European Championships, and gold five times at the European Union Championships. Hugely popular in Ireland, she is credited with raising the profile of women's boxing at home and abroad. Regarded as the outstanding Irish athlete of her generation, she was the flag bearer for Ireland at the 2012 London Olympics opening ceremony before going on to win an Olympic gold medal in the lightweight division. Taylor turned professional in 2016 under Matchroom Boxing, and is known for her fast-paced, aggressive boxing style.

Since turning professional her record is 14-0 with 6 fights TKO.

A statue should be erected to inspire the youth of this small town and to give Katie Taylor the recognition she deserves.