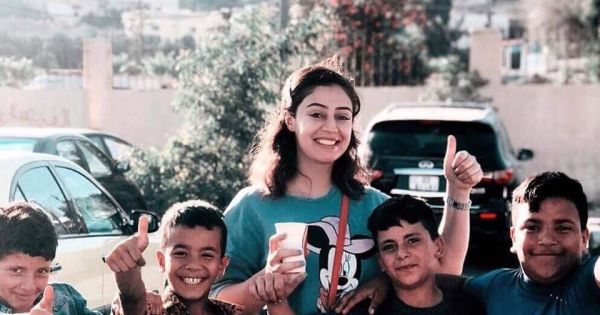 By continuing you agree to receive Avaaz emails. Our Privacy Policy will protect your data and explains how it can be used. You can unsubscribe at any time. If you are under 13 years of age in the USA or under 16 in the rest of the world, please get consent from a parent or guardian before proceeding.
This petition has been created by Sally I. and may not represent the views of the Avaaz community.
x

Sign this petition
Sally I.
started this petition to
Israeli Government
Heba Labadi, 32, Palestinian of Jordanian nationality, continues to be held in solitary confinement by the Israeli army in Jalameh prison. Heba is now in her 14th day of hunger strike. She has been tortured in various ways, threatened, kept in miserable conditions, and continues to be pressed to 'testify'. On September 26th, due to the lack of charges against her, Heba was taken to administrative detention - illegal under International Law, which in Israel/ Occupied Palestine legitimizes the imprisonment of Palestinians for unlimited periods of times, with no charges, and no access to lawyers and, of course, in terrible conditions.
Many prisoners are under the same conditions as Heba, with no evidence or reason to keep them under arrest.
We call to stop these arbitrary actions and free our sisters and brothers from the Israeli prisons.

Today: Sally I. is counting on you

Sally I. needs your help with "STOP The ADMINISTRATIVE DETENTION- Free Heba Labadi". Join Sally I. and 560 supporters today