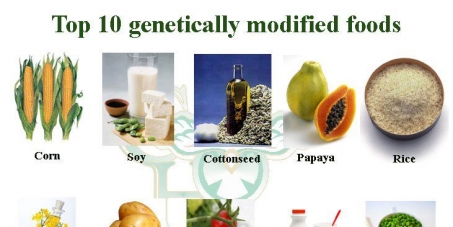 Insist on GMO content on labels in South Africa

By continuing you agree to receive Avaaz emails. Our Privacy Policy will protect your data and explains how it can be used. You can unsubscribe at any time. If you are under 13 years of age in the USA or under 16 in the rest of the world, please get consent from a parent or guardian before proceeding.
This petition has been created by Lynda J. and may not represent the views of the Avaaz community.
x


The Department of Trade and Industry (DTI) held a stakeholder workshop on 25th July 2014 in Pretoria. In their opening remarks they thanked Africabio – who is spearheading the industry lobby – for their assistance and collaboration in identifying the stakeholders present. This bias was strenuously objected to by the ACB, which noted the distinct lack of stakeholders present from GMO concern groups.

The DTI explained that their intention was to advertise the workshop to the public but they failed to do so because of logistical problems. This resulted in a process that was heavily dominated by the industry lobby, especially Africabio, whose sole purpose was to find a way to circumvent the good intentions of the CPA.

Their arguments were based on insults about “the lunatic fringe” and false claims that a tiny minority funded by a “European lobby” was fueling a demand for GM labeling. If their bully tactics work, South Africans will have no right to know that their staple food as well as most processed foods on our shelves are saturated with GM ingredients.

The DTI has AGAIN reopened the public comment period on amendments to the GM labeling legislation. The closing date for comments was the 15th August 2014. This petition is vital to the future of South Africans, many of whom are ignorant of the existence of GMOs, let alone the danger they pose.

We support the Africa Centre for Biosafety's concerns and recommendations and demand the stipulated changes as follows:

- We note that the Consumer Protection Act is clear that it is the ingredients of products that must be labelled in terms of GM and therefore, if an ingredient contains 5% or more GM content, it must be labelled as “containing genetically modified ingredients”.
- We advise that the regulations already provide a legally sound description of “prescribed goods” in regulation (3) and that no further action needs to be taken by the Minister in this regard.
- We are concerned that unless there is monitoring and enforcement of the law, producers will unlawfully label products “may contain GM”, especially in circumstances where they know the foodstuff to contain GM components or ingredients, taking into account that almost 80% of all maize grown and 98% of all soya grown in SA is GM. In this regard, we strongly recommend that the wording “or not feasible” in the draft regulation (8) be deleted as it is unclear what the definition of feasible is.
- We assert that a 5% threshold triggering positive GM labeling is misleading and confusing to consumers and therefore does not implement the stated objectives of the CPA. We recommend that the threshold should be set at 0.9% as this is the internationally accepted level and what our food exporters comply with, when exporting processed maize products especially to the EU.
- We note that the Codex Alimentarius has highlighted the need for further research to be carried out on the potential allergernicity of GMOs. As there is scientific uncertainty on this issue, consumers need to be aware of any trace of GMOs in food products.

A threshold of 5% is not good enough; even a threshold of 0.9% is problematic in terms of possible allergens. For this reason, we recommend that a “process-based” labelling system of labeling should be considered instead of a “content-based” system.
- We note that food companies are already required to label their products to provide consumer information and choice. GM labeling is no different and its implementation will not significantly impact on the cost of food.

People who don't mind GMOs in their food will continue to eat labeled products. A lot of people never read labels. Those of us who have distinct reasons not to want to eat GMO ingredients in our food would then be able to make a choice based on the GMO (GE, transgenic) ingredients listed on the label.

There will be no food insecurity as a result of GMO labelling. That is as big a lie by GMO manufacturers as Roundup and Paraquat safe being safe enough to drink, or as safe as table salt.