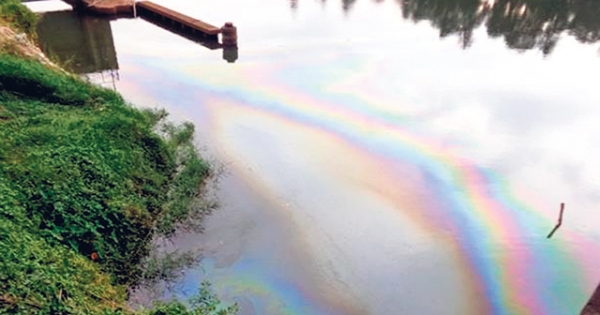 Investigations have revealed that the diesel leakage originated from a Coca Cola factory.

According to Prof. LM Dharmasiri, Chairman of the Central Environment Authority, Sri Lanka, the leakage happened “due to an explosion at the plant during construction carried out by a private contractor”. The CEA has since suspended the factory’s operational license and has expressed its intention of taking legal action to recover damages from the company.

Coca Cola, Sri Lanka, had admitted to the leakage and said they ‘regret the accident.’ According to internet reports, the company is trying to pressurize the Lankan government to settle the issue in a way which is advantageous to Coca Cola. Some reports claim that a US embassy official called Lankan authorities to get Coca Cola factory’s operational license reissued and a proposed fine reduced.

James Quincey, the new head of Coca Cola has said “If there are doubts out there in the general public (about Coca Cola) whether based on perception or based on reality, then the leader has to stand up.” The irresponsible conduct of Coca Cola Sri Lanka has given him an opportunity to make good his words.

Coca Cola must publicly accept responsibility for the contamination of Kelani river water. It must ensure such incidents do not happen in the future by upgrading its environmental safety measures. It must pay compensation for the damage it has caused.

Today: Sanjana H. is counting on you