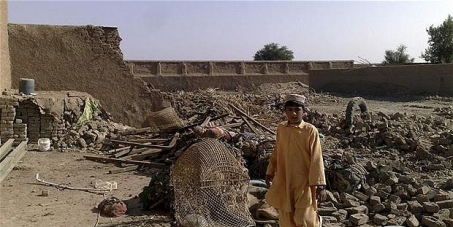 Join the virtual march against the US drone war

Sign this petition
Imran K.
started this petition to
Barack Obama, President of the United States
Hundreds of thousands of people in my country, Pakistan, are under siege from US drones : robot weapons that indiscriminately kill children, and terrorise families every day. This weekend I am leading a peace march against this secret war, and if all of you join me virtually, we could create a public storm to stop this torment .

America’s deadly drones campaign is illegal and counterproductive -- instead of beating terrorists it is driving more people to anti-American extremism. Families across the border region in Waziristan, the flash point of this war, live in constant fear of being targeted, under the deafening buzz of these remote-controlled planes 24 hours a day . Extraordinarily, the US denies any civilian deaths, but will not reveal the names of those killed , while independent reports tell of the trauma and killing of hundreds of civilians, many of them children.

This weekend, if you join me on the march, we have the chance to bring global attention to this war zone and show the United States that people across Pakistan and the world want an end to this robot war. Sign the petition now and tell everyone . We will announce all those marching virtually to the media, we will carry a flag from every country where people have signed, and when we reach 500,000 signatures I will demand a meeting with President Obama to present the petition:

Today: Imran K. is counting on you

Imran K. needs your help with "Join the virtual march against the US drone war". Join Imran K. and 8,210 supporters today