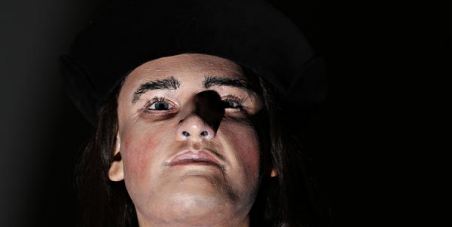 Justice Review panel on the subject of Richard III, London,England.: Remove the remains of King Richard III to a neutral site

By continuing you agree to receive Avaaz emails. Our Privacy Policy will protect your data and explains how it can be used. You can unsubscribe at any time. If you are under 13 years of age in the USA or under 16 in the rest of the world, please get consent from a parent or guardian before proceeding.
This petition has been created by Billijo M. and may not represent the views of the Avaaz community.
x

Sign this petition
Billijo M.
started this petition to
Justice Review panel on the subject of Richard III, London,England.
In 2012 the remains of King Richard III, the Last Plantagenet King of England were discovered in a Car park at Leicester Social Services. The University of Leicester has had custody of the remains since then. It is a well known fact that little dignity has been shown towards the remains. King Richard has been held in a cardboard box. There is a current battle ongoing between the University of Leicester and The Plantagenet Alliance, a group of King Richard's collateral descendants, to determine where he should be interred which has been given to a Judicial Review to sort out. It is the concern of many that Richard's remains are being ill treated by the University of Leicester. There are some members among the University's board that want further access to Richard's remains after the question of interment is settled. There is also a program held by The University of a open bone lab where there share remains with other sources. King Richard III was a anointed King of England,who deserves the respect and dignity of anyone befitting his station, We ask that the Last Plantagenet King who died on August 22, 1485 at The Battle of Bosworth, has his remains removed from the custodial care of the University of Leicester and placed in a neutral place until such a time as his burial site is determined.
Report this as inappropriate
There was an error when submitting your files and/or report.
Inaccurate Inappropriate language Hate speech Illegal Commercial/spam Offensive
×

Today: Billijo M. is counting on you

Billijo M. needs your help with "Justice Review panel on the subject of Richard III, London,England.: Remove the remains of King Richard III to a neutral site". Join Billijo M. and 280 supporters today