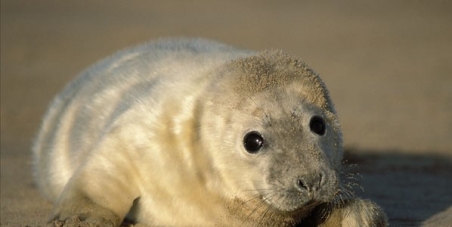 Justice has been served.

Victory
This petition is closed
3,241 Supporters
Pat D.
started this petition to
The Hon. Keith Ashfield, Minister of DFO
A gruesome discovery of over 50 dead and bloodied Grey Seals at Murray Harbour has sparked international outrage with demands that the perpetrator/s be brought to book.

Postmortem results conducted by wildlife pathologist Dr. Pierre-Yves Daoust confirm that the seals, many of them still nursing and just a few weeks old, were bludgeoned to death by having their skulls smashed in with a blunt object. Several seals managed to survive this savage and unprovoked attack only to suffer further agony by freezing to death.

A Murray Harbour teen who was involved in the killing of about 50 seals has pleaded guilty to two charges in connection with the January incident.

Colton Hal Clements, 18, appeared before Judge Nancy Orr in provincial court in Charlottetown today where he pleaded guilty to willfully causing pain and suffering to the seals, and unlawfully disturbing marine mammals.

Let us make sure this boy and his partners in crime pay for their cruel delinquency by asking the judge to issue a harsh penalty. Not only so that they may learn from their actions, but to serve as a deterrent to others who may consider such abhorrent behaviour.