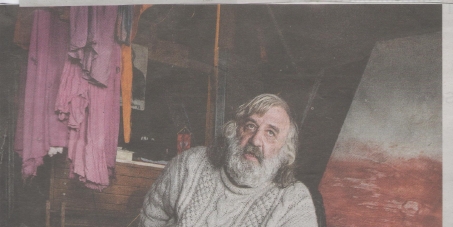 King William-Alexander of The Netherlands: Please Confirm that Karate Bob Saved Your Life by Giving "The Golden Tip"!

This petition is closed
50 Supporters
Robert K.
started this petition to
King Willem-Alexander of The Netherlands

Bij revealing the Secret of Palace Noordeinde in The Hague King Willem-Alexander can save the life of the man who in 1987 saved his life!

In his true crime "The Golden Tip - The Entanglement of the Upper and Underworld and the Murder of Gerrit Jan Heijn" the author Slobodan R. Mitric (alias Karate Bob, see image) reveals how back in 1987 he saved the life of the then Prince of Orange by giving a Golden Tip to the Royal Security Service of the then Queen Beatrix at her working Palace Noordeinde in The Hague that a criminal organization was about to kidnap and murder the prince, which was then prevented just in time. The rest of the gang that escaped liquidation then managed to kidnap and murder their alternative target in the person of the AHOLD industrialist and multimillionaire Gerrit Jan Heijn - this in spite of the fact that Karate Bob had alarmed the Justice department well beforehand...

In spite of his well-documented but as yet still not acknowledged service to the Dutch Crown, the Dutch State Secretary of Justice Teeven is now planning - possibly already in early January 2014 - to extradite the former Yugoslav top counter-intelligence agent and tenth Dan Karate master, who, after defecting to the West in 1973, has been living in Amsterdam under deplorable conditions.as an undesirable alien and as the victim of character assassination at the hands of the Dutch state, to Belgrade. There he fears for his life due to the high state treason he committed in 1973 in Brussels by refusing to kidnap or liquidate an opponent of marshal Tito and disclosing hundreds of double agents.

Since almost all legal attempts by his lawyer Henry Sarolea to prevent this have been exhausted and since a petition submitted on November 29 last to the State Secretary of Justice is not expected to turn the tide either, we are now turning as a last resort to Dutch king William-Alexander.

His Majesty, who succeeded his mother Queen Beatrix this spring as the head of a constitutional state, cannot off course directly interfere in matters of state. What he can do, however, is to inquire from the Royal Security Guards at his Palace Noordeinde in The Hague, whether it is true that in 1987 Karate Bob did indeed gave them the golden tip that saved his life.

Moreover, the notary public Van Os in Amsterdam can be requested to produce the declaration that Karate Bob deposited there, at the advice of his then lawyer Luke Hamer, with crucial information about this kidnapping case at a time that it was still publicly unknown who the perpetrators were. Examining this document, which led to the apprehension of the brain, engineer Ferdi Elzas behind this case but not the real big fish, can deliver the undeniable evidence that the Golden Tip was indeed just that.

By confirming this and making it known through the RVD, the Royal Information Service, to the Dutch people and the world at large, His Majesty can now, in his turn, save the life of karate Bob. For the likelihood that, in view of this new information, the State Secretary can push his illegal and inhuman scheme through to send a 65-year old ailing writer to his probable death in Serbia, is indeed minimal, almost unthinkable, considering the world-wide public outcry that it would or rather should provoke.

I write "should" in view of the tsunami of indifference which has been engulfing the world for some time in such matters as crimes against humanity.Please help overcome it.

In view of the urgency of this matter, it is planned to submit the petition already in early January 2014 to the King via the Gendarmes at the entrance to his Noordeinde Palace. Update: It will now be submitted on May 28. De king cannot be emailed directly, only indirectly via the RVD, Rijksvoorlichtingsdienst rvd.pers.kh@minaz.nl (Tel. 0031 (0) 70 - 356 4142).

Info on the book "The Golden Tip": http://www.willehalm.nl/thegoldentip.htm