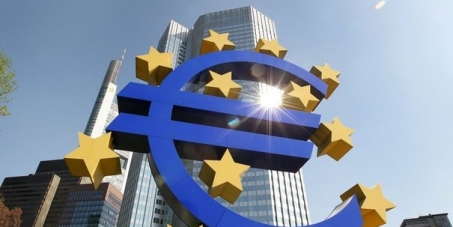 The European Central Bank should be authorized to grant credits directly to the EU member States.

By continuing you agree to receive Avaaz emails. Our Privacy Policy will protect your data and explains how it can be used. You can unsubscribe at any time. If you are under 13 years of age in the USA or under 16 in the rest of the world, please get consent from a parent or guardian before proceeding.
This petition has been created by Luc S. and may not represent the views of the Avaaz community.
x

Europe must put an end to the scandal that denies the European Central Bank the right to grant credits directly (or indirectly through the European Bank of Investment or any other European stability mechanism) to the EU Member States at the same favorable conditions that it was authorized to grant LTRO credits to banks of more than 1000 billion Euros.

If the ECB thought it was a good idea to grant these LTRO credits to the banks, it was with the hope that these banks would inject the money in the real economy and in doing so, avoid the infernal deflation credit spiral that economist, Richard Duncan, said would ruin our civilization. But in reality, far from financing the real economy as much as they should, many banks used a large part of the amounts borrowed from the ECB at extremely low rates, to lend them at exorbitant rates to the EU States- which themselves guaranty them!...

Suffice it to say that many bankers, passing from rash confidence to panic, have lent 70% of the amounts that were lent to them back to the ECB, using the loans to cushion their way through the terrible crisis we are experiencing.

The truth is, rather than playing their correct social role of financing the economy, too many banks prefer simply cover themselves, sucking the states, and this means the entire European population, dry like leeches.

Please sign this petition and send it to your friends.

Today: Luc S. is counting on you

Luc S. needs your help with "The European Central Bank should be authorized to grant credits directly to the EU member States.". Join Luc S. and 1,504 supporters today