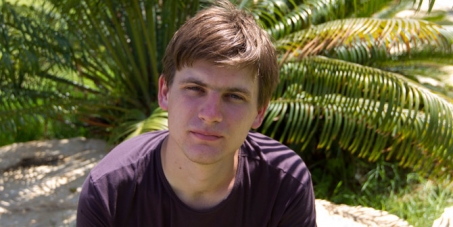 This petition is closed
2,160 Supporters
John C.
started this petition to
AlSisy, AbdelFatah Saeed (Ministre de la Défense), Amr, Mohamed Kamel (Ministre des Affaires Étrangères)
25 year old Andrey Pshenichnikov, a Russian national born in Tajikistan, then part of the USSR, emigrated to Israel in 2001, at the age of 13. During his military service in the Israeli army, Andrey realized the injustice inflicted by the State of Israel and its army upon the Palestinians. Andrey left the army, and then moved, in the spring of 2012, to the Palestinian refugee camp of Dheishe near the town of Bethlehem. He then asked to renounce his Israeli citizenship and to obtain Palestinian nationality. However, most likely on the order of Israel, the Palestinian Authority extradited him back to the Israeli authorities. During the summer and fall of 2012, Andrey lived in France, where he actively participated in protest actions against the violations of human rights perpetrated by the Israeli occupation authorities in Palestine. On December 25th 2012, Andrey had an appointment with friends, all French activists of the solidarity movement with Palestine, in Cairo. He sought and obtained an entry visa to Egypt by the Egyptian consular services in Tel Aviv. But at border control in Eilat, the Israeli authorities confiscated both his passports, in order to prevent him from legally crossing the Israeli-Egyptian border. His enthusiasm was great, as was his determination, to attend the conference held in common with Egyptians activists and his French friends. Being thus deprived of his travel documents and a visa to enter Egypt, Andrey then crossed the Egyptian border illegally.
It so happens that the minimum sentence by Egyptian law for such an offence is 6 months imprisonment. In general, courts do not condemn more severely than that. Egypt could have avoided surpassing that penalty; the judicial authorities could have taken into account the mitigating circumstances constituted by the demand and delivery of the visa by Andrey, put alongside with the confiscation of his passports by the Israeli police. There are of course other mitigating circumstances, such as Andrey’s engagement in the fight for justice for the Palestinian people, his lack of a criminal record (with the exception of a conviction by Israel for staying in a Palestinian refugee camp), or his young age.
Nevertheless on February 11th 2013 Andrey was sentenced by the court of the city of At-Tour , South Sinai Governorate, Egypt, to 2 years of imprisonment on the charge of illegal infiltration onto Egypt’s national territory. It is a disproportionate penalty regarding the offence committed, especially when considering Andrey’s personality and motivations.
It is obvious that Andrey Pshenichnikov did not enter Egypt to harm it or the Egyptian people.
We therefore urge the Egyptian authorities to release Andrey Pshenichnikov.
This will be the recognition of Andrey’s noble struggle for a more just world, where the Arab people of Palestine can obtain their rights along with their neighbors and to the benefit of this region as a whole, a region that longs to live in peace. There is still time for Egypt to free Andrey Pshenichnikov and welcome him into Egypt, then allow him to travel to a destination of his choice.

Today: John C. is counting on you