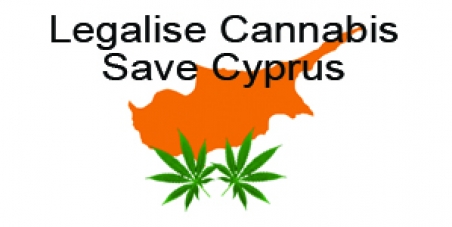 Legalise Cannabis in Cyprus for medicinal,industrial,personal use. SAVE THE ISLAND FROM ECONOMIC COLLAPSE

By continuing you agree to receive Avaaz emails. Our Privacy Policy will protect your data and explains how it can be used. You can unsubscribe at any time. If you are under 13 years of age in the USA or under 16 in the rest of the world, please get consent from a parent or guardian before proceeding.
This petition has been created by Legaliseit C. and may not represent the views of the Avaaz community.
x

Sign this petition
Legaliseit C.
started this petition to
President Nikos Anastasiadis
The island of Cyprus is undergoing a heavy economic austerity measure regime imposed by the IMF .The people of the island are suffering.

Cannabis/Hemp can be a life savior for the economy and the best and fastest solution to total economic recovery. If the experiment of these measures works in cyprus ,they could be imposed worldwide. If they fail,and cannabis can be a catalyst to that, then the implications would have a worldwide wave effect similar to the ones caused by the islands economic collapse .

After todays 29/4/13 anouncements by the president office, any petition with 10,000 votes will become a matter to be put thought the goverment for consideration and decision. A call almost for creative ideas supported by more than 10,000 to help the economic situation.

We know that the island of cyprus has the perfect climate to grow and export the best quality cannabis and hemp products for medicinal,industrial and personal use, to europe and the rest of the world. Due to its geographical position, the island has been a hot spot for trade for centuries

There is also great economic potential through increased tourism too and that would surpass any other income stream that could save the collapsed economy.

There is also great potential for medicinal research that would benefit the humankind, in areas proven that cannabis has great medicinal properties, which now remain marginalised such as cancer research.

We are a group of people, with varied backrounds and social standings ,who wish to see a change on the cannabis laws in cyprus to allow the island to recover from the economic collapse and also ensure a long term sustainable future based on local products and insustrial,medician raw materials.

We hope this example could send waves of change that would sound the signal for change worldwide.

Today: Legaliseit C. is counting on you

Legaliseit C. needs your help with "Legalise Cannabis in Cyprus for medicinal,industrial,personal use. SAVE THE ISLAND FROM ECONOMIC COLLAPSE". Join Legaliseit C. and 1,968 supporters today