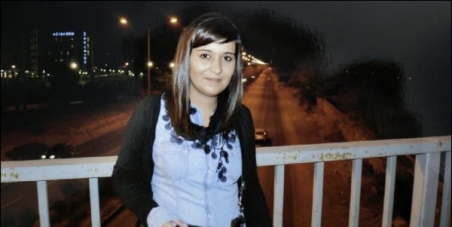 By continuing you agree to receive Avaaz emails. Our Privacy Policy will protect your data and explains how it can be used. You can unsubscribe at any time. If you are under 13 years of age in the USA or under 16 in the rest of the world, please get consent from a parent or guardian before proceeding.
This petition has been created by Reynald B. and may not represent the views of the Avaaz community.
x

Sign this petition
Reynald B.
started this petition to
Laurent Fabius, ministre des Affaires Etrangères, François Hollande, président de la République, Najat Vallaud-Belkacem, ministre des Droits des femmes, Le Président de la République Abdullah Gül , Le Premier Ministre Recep Tayyip Erdoğan , Le Ministre de la Justice : Sadullah Ergin , Le Ministre de l'Intérieur : Idris Naim Şahin
Of course Sevil is not alone in her case, far from it, hundreds of people, journalists, academicians, students and intellectuals are imprisoned in Turkey due to the exception laws that are supposed to fight against terrorism. The problem is that these laws became an instrument to gag any kind of contestation in the country. Sevil is a symbol because in her situation the injustice is obvious and there are hefty fines out of all proportion to the alleged offenses: she is accused to “belong to a terrorist group”. Turkey is a candidate country to the European Union and considers itself as an example for the Middle East countries. What kind of example? Making pressure above the authorities for Sevil shows them that they cannot disregard and violate human rights without provoking reactions in the rest of the world. İf Sevil is a terrorist, we are all terrorists!
Report this as inappropriate
There was an error when submitting your files and/or report.
Inaccurate Inappropriate language Hate speech Illegal Commercial/spam Offensive
×

Today: Reynald B. is counting on you

Reynald B. needs your help with "Freedom for Sevil Sevimli". Join Reynald B. and 121,104 supporters today