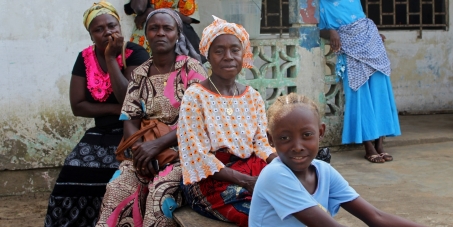 By continuing you agree to receive Avaaz emails. Our Privacy Policy will protect your data and explains how it can be used. You can unsubscribe at any time. If you are under 13 years of age in the USA or under 16 in the rest of the world, please get consent from a parent or guardian before proceeding.
This petition has been created by Jody S. and may not represent the views of the Avaaz community.
x

During a Reuters interview in Washington DC last year, Liberian President Ellen Johnson Sirleaf made a promise to Liberian women, stating that “Women will have the full right to own their land like anyone else.”

Despite this promise and the unprecedented land reform she has ushered into Liberia, this Nobel Peace Prize winner has not yet delivered. As it stands, Liberia’s land reform currently has no safeguards for women.

At stake are the proven benefits that secure access to land and resources brings: poverty eradication, greater food and income security, enhanced health and nutrition for women and their families, and greater protection against domestic violence and the contraction of HIV/AIDs.

But this promise stands to impact so much more. It brings hope to African women in Cameroon, Cote d’Ivoire, the Democratic Republic of the Congo, and Senegal, where land reforms are just beginning. Liberia has already paved the way, and now President Sirleaf has the power to make Liberia a model for progressive land reform, an action that can have a ripple effect across Central and West Africa.

If President Sirleaf – the first democratically elected female head of state in Africa – won’t champion women’s land rights in Africa, who will?

Time is running out. The reform process is already underway. While the land reform “aims to give equal protection to the land rights of men and women,” there is still no clear legislation securing women’s rights to own, access, or control land and resources. But we can change that! On this International Day of Women (March 8), women across Africa are gathering in Monrovia, Liberia, and calling on President Sirleaf to stand by her promise and ensure that these rights are protected and safeguarded by law.

We need your support. Help us show President Sirleaf that she cannot ignore women in her country, nor can she ignore the thousands of people across Africa and beyond who stand with them. Sign now and show her that the entire world is watching her actions at home. Together, we can hold her accountable to her promise – one that gives hope to women and girls across Africa.

Today: Jody S. is counting on you