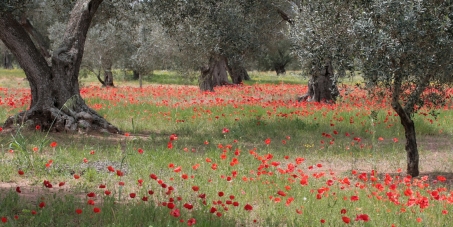 We have reached our demands!

We would like you to take action in order to protect the freedom of each Member State of the European Union to ban the sale and cultivation of genetically modified crops.

At present, european legislation points out the possibility for a Member State to restrict the use of a genetically modified crop which has been authorized under the european legislation only in case of additional information proving that the genetically modified crop constitutes a risk to human health or the environment (Art. 23 of 2001/18/EC). In other words, the matter is outlined in extremely vague terms.

On the 6th of September 2012, however, the European Court of Justice stated the following: the cultivation of genetically modified organisms such as the MON 810 maize varieties cannot be made subject to a national authorisation procedure when the use and marketing of those varieties are authorised under the european legislation.

This ruling was the outcome of the legal dispute between the Italian Ministry of Agricultural, Food and Forestry Policies and Pioneer Hi Bred Srl, who had been requesting an authorization to sell hybrid seeds deriving from the genetically modified MON 810 corn variety produced by the American company Monsanto.

In the light of this ruling a Member State of the European Union is fundamentally not entitled to prohibit the sale and cultivation of genetically modified varieties, once these have gone through the authorization procedures at the european level.

We believe such a policy to be directly or indirectly influenced by the interests of big multinationals such as Monsanto, while the survey “Europeans and Biotechnology in 2010” published by the European Commission has shown that 57% of European Citizens are contrary to GMO while only 27% are in favour.

With this petition we will ask the European Parliament to guarantee that any Member State is free to prohibit the sale and cultivation of those genetically modified crops authorised under the european legislation, keeping the controversy about GMOs closer to the people.

Hoping for your kind support, Amerigo Sivelli, Michela Paganini, Matteo Hambrecht and the rest of the group striving for the freedom of choice of each EU Member State on the topic of GMOs.

The ruling of the Court of Justice: http://www.bloomberg.com/news/2012-09-06/court-says-eu-vetted-gmos-not-subject-to-country-approval.html

The judgment of the Court: http://curia.europa.eu/juris/document/document.jsf?text=&docid=126437&pageIndex=0&doclang=EN&mode=req&dir=&occ=first∂=1&cid=1326638

The mechanisms behind big multinationals such as Monsanto: http://youtu.be/8Yion7pX50A