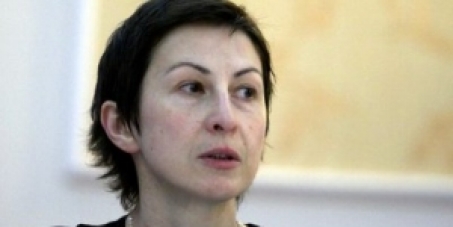 By continuing you agree to receive Avaaz emails. Our Privacy Policy will protect your data and explains how it can be used. You can unsubscribe at any time. If you are under 13 years of age in the USA or under 16 in the rest of the world, please get consent from a parent or guardian before proceeding.
This petition has been created by energiaSynergia and may not represent the views of the Avaaz community.
x

Sign this petition
energiaSynergia
started this petition to
Audronius Ažubalis, Minister of Foreign Affaires of the Republic of Lithuania
On 26 September, citizens of Belarus, antinuclear campaigners Mikalai Ulasevich and Tatsiana Novikava were not allowed to enter Lithuania on the reason of status of non-grata persons who might endanger the public order or the national security of Lithuania or others EU member states. The decision to give the non-grata status for antinuclear activists was issued by Lithuania.

Ulasevich and Novikava had to visit Lithuania for participation in the conference “Lithuania – Belarus: Nuclear Energy Neighborhood” held in the Seimas (Lithuanian Parliament). They were officially invited to share their views on the problems of NPP construction and public participation in decision-making on nuclear energy in Belarus and Lithuania.

Before that Ulasevich and Novikava visited Lithuania for several years by invitation of the non-government organizations, parties and members of the Seimas of Lithuania and participated in international meetings and conferences. Never they had problems with the authorities of Lithuania or violated the legislation.

Regardless of personal opinion of each of us on nuclear power: This step closes the doors to the European Union for antinuclear campaigners and facilitates harassment of the Belarusian authorities against them. This measure is inhumane, violates human rights and is against democratic traditions trends.

We appeal to the international community for support.

Today: energiaSynergia is counting on you