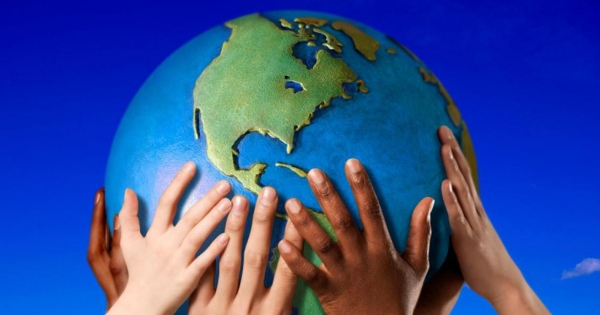 Join us by endorsing the "Paris Response Statement" from Ervin Laszlo and Barbara Marx-Hubbard below:

By continuing you agree to receive Avaaz emails. Our Privacy Policy will protect your data and explains how it can be used. You can unsubscribe at any time. If you are under 13 years of age in the USA or under 16 in the rest of the world, please get consent from a parent or guardian before proceeding.
This petition has been created by David W. and may not represent the views of the Avaaz community.
x

Sign this petition
David W.
started this petition to
Like-minded people and organizations worldwide
THE PARIS ATTACKS: THE RESPONSIBLE RESPONSE A STATEMENT ON BEHALF OF THE CLUB OF BUDAPEST, FOUNDATION FOR CONSCIOUS EVOLUTION, GREENHEART INTERNATIONAL, THE HAGUE CENTER, THE GOI PEACE FOUNDATION, THE GLOBAL CONSCIOUSNESS PROJECT by Ervin Laszlo and Barbara Marx Hubbard


An eye for an eye ends up making the whole world blind. Mahatma Gandhi

Can one forgive the killing of hundreds of innocent people? There is an emotional, gut-reaction that says no, this is unforgivable. Yet there is another answer that tells us that if we understand why these murderous events take place we can also forgive them. To forgive is not to give in, nor to forget, but to learn how to overcome and ultimately eliminate them.


Can we understand why the Paris attacks took place; understand them not as solely economic, political and religious conflicts but as a consequence of the nature of our shared existence in the contemporary world? Let us attempt a deeper understanding. Let us see ourselves as members of one family - the Human Family. There are no “others” in this family, just "us”.


Consider, then, the situation facing this family today. We are a species on the brink of self-initiated self-destruction and perhaps extinction, killing each other for achieving goals that do not change the course on which we find ourselves. We are on course to collide with a giant Iceberg while we fight for a privileged position on what may be the deck of the Titanic.


We can call Earth a spaceship named Titanic, and the Iceberg ahead Climate Change. If our vessel does not change course, the collision ahead will make it impossible for all 7.4 billion of us to survive. Can just some of us survive and not all? Would we not unleash the kind of conflict and violence of which today’s attacks are a tragic but limited foretaste? How many millions, or billions, would have to disappear from the face of the Earth for the rest of us to live? And would there be a “rest of us” altogether? We could destroy the conditions for all higher forms of life on Earth, and if the planet heats up and becomes arid like a desert — as Mars is today — the chances of existence would be foreclosed for all higher forms of life.


We can also call the Iceberg ahead Global Breakdown . We have serious and rapidly growing existential problems facing us in addition to the threat of an unfavorably and perhaps catastrophically altered climate. A few of us have great wealth and power, while most of us are abjectly poor and powerless. The less privileged among us are increasingly frustrated and some invoke a higher mission to justify a violent struggle for a better life, or just bare existence.


However, violent conflict and murderous acts are a misguided, unproductive, and wrong response to today’s problems. This should be clear, but it should also be clear that the response to today’s problems cannot be more of the same. What would it do for us if we took revenge and respond to terror with terror, violence with violence, as some of our political and military leaders want to do? Would we not just hasten the encounter of our planetary spaceship with the double Iceberg ahead?


Today's world is still dominated by wars and armed conflicts. The combined direct military expenditures of the world's nation-states totaled over $1.776 Trillion dollars in 2014, and the ongoing wars and massive loss of life in the Middle East have generated the movement spearheaded by ISIS as well as the Syrian Refugee crisis that now engulfs Europe and spreads to other continents. The response of the big powers with more attacks, war and violence will not either reduce or end these threats. Quite the contrary. It will only exacerbate the growing cycle of violence and expand the theater of conflict to cities and countries worldwide.


Forgiveness is a better response. It does not mean staying with the status quo, nor failing to act to change it. It is to act like a presumably intelligent species would act in an interdependent and seriously endangered planet: with empathy and insight, shared vision and common resolve.


We shall either hang together with understanding and solidarity, or will hang separately with our rancor and revenge. Conflicts are continually erupting in today’s world: we keep fighting among ourselves. Some of our conflicts engender major violence, and the consequences spread across the face of the Earth. Others enter into the conflicts, intending to help some factions to overpower the others. Those who are threatened by these interventions do everything they can to stop them. They are do not hesitate to use all the means at their disposal to achieve this goal, including misguided but still effective fanaticism.


Yet these people are not the devil, nor are they pure evil. They are desperate members of the human family whose sense of family has been overwhelmed by their abject condition. In regard to losing their sense of family they are not different from those of us who come into the fight brandishing arms and wielding their powers of destruction.


Continuing to help some of us against some others among us only exacerbates the conflicts and spreads the fighting. This deflects our attention from recognizing that the fight we are engaged in is on the deck of the Titanic — and that there is a double Iceberg ahead. What are we to do? If we choose revenge as the way to proceed, future archaeologists visiting from another planet will discover that there was once a civilization on Earth, but it disappeared when the inhabitants made the planet inhospitable to life. They will not know whether the inhabitants had recognized the problem and tried to change course while they could.


We, the inhabitants of this planet Earth, must wake up and steer another course. Communication based on understanding, instead of eye for an eye and tooth for a tooth is the indicated course. We need to try it, before our problems overwhelm us.


Paris has become the venue for a “nearly” (even if sadly not entirely) unprecedented act of violence. It will soon be the venue for another, and this time entirely unprecedented event: the attempt of the leaders of the world to come together to keep humanity alive and flourishing on the planet: the United Nations Climate Change Conference, COP 21, to take place in Paris from November 30 to December 11.


Let us remember Paris as the place where the resolve was born to maintain life and civilization on Earth, and not where that resolve was dissipated before it could even be born.


The first of Two Statements on the Responsible Response to the Paris Attacks and the course to take.
Report this as inappropriate
There was an error when submitting your files and/or report.
Inaccurate Inappropriate language Hate speech Illegal Commercial/spam Offensive