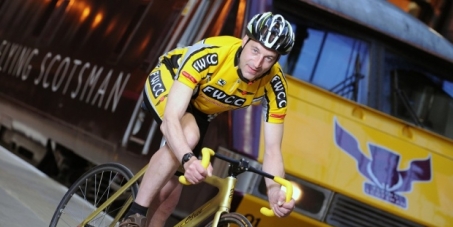 No Hate at the Games

By continuing you agree to receive Avaaz emails. Our Privacy Policy will protect your data and explains how it can be used. You can unsubscribe at any time. If you are under 13 years of age in the USA or under 16 in the rest of the world, please get consent from a parent or guardian before proceeding.
This petition has been created by Graeme O. and may not represent the views of the Avaaz community.
x

Sign this petition
Graeme O.
started this petition to
Lord Robert Smith
Life for gay people in Uganda is downright scary. Hate lists with names and faces of gay people are on the front page of newspapers, they’re being beaten while they go to the shop, stalked in the streets in broad daylight, and even killed. And now the new anti-gay bill just passed is set to make it much, much worse.

I was a professional cyclist who was always honoured to represent my country. This summer Glasgow will proudly host the 2014 Commonwealth Games. Ministers and presidents from around the world will pour into Scotland to watch their teams in action. Let's make this games not only an event which rightly celebrates the sacrifice, skills and supreme efforts of the athletes and representing nations, but one where we take a stand against those who stir up hate.

In days, Lord Smith and the organising committee of the 2014 games will begin inviting dignitaries. Let's call on them to make sure that Ugandan politicians who backed this bill are off that list, and tell them they are not welcome in the VIP boxes of our country.

Sign now and share this with everyone -- let's let Lord Smith and his organising committee know that Uganda’s decision to pass this bill has appalled right-minded people around the world.

Today: Graeme O. is counting on you

Graeme O. needs your help with "No Hate at the Games". Join Graeme O. and 3,540 supporters today