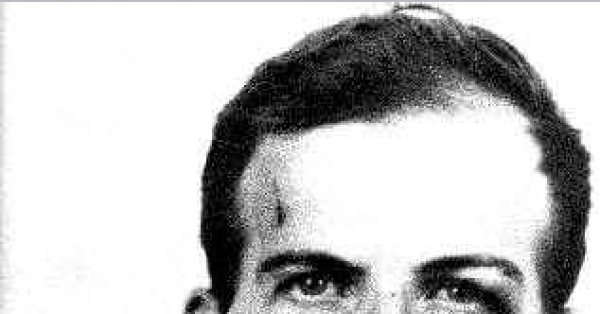 By continuing you agree to receive Avaaz emails. Our Privacy Policy will protect your data and explains how it can be used. You can unsubscribe at any time. If you are under 13 years of age in the USA or under 16 in the rest of the world, please get consent from a parent or guardian before proceeding.
This petition has been created by Greg P. and may not represent the views of the Avaaz community.
x

Sign this petition
Greg P.
started this petition to
Maddy deLone, Executive Director, Innocence Project
THIS PETITION HAS THE BLESSING OF MARINA OSWALD

In 2014, Barry Scheck, co-founder of the Innocence Project wrote in regard to the case of Max Soffar, an innocent man dying of cancer on Death Row in Texas,

" Soffar's case is like others I've seen in my years with the Innocence Project. He signed a police statement confessing to involvement in a notorious Houston triple murder, but the three days of interrogation weren't recorded. No other evidence inculpates him — no fingerprints, no witness identification and no forensic evidence ."

Lee Oswald was killed because he would not confess and there was no way that a trial could take place under the spotlight of the world. There was no case, except smoke and mirrors.

J. Edgar Hoover said in a phone call the day after the assassination that " the evidence they have at this stage is not very strong ." Chief of Police Jesse Curry admitted in his book on the case that they never could put Oswald in that [sniper] window. Meanwhile DA Henry Wade and Captain of Homicide and Robbery, Will Fritz were telling the press all weekend that they had the right man and the case was cinched.

It is well known that there was no recording of the interrogation sessions. Less well known is that Oswald prints turned up after initially not being found, and that other evidence turned up only after being missed in previous searches - this includes evidence at his place of residence as well as evidence found on him - hours after his arrest.

Junk science in the form of paraffin tests were done - not only on his hands, but in an unprecedented move, also on his right cheek. This was done for no other reason that to scare a confession. When that did not work, it was leaked to the press that the test was positive - leaving the impression it proved he had fired a rifle and a pistol. The tests are infamous for giving false positives and for not being able to distinguish if the residue is from a gun or from common sources such as urine, matches, pharmaceuticals and fertilizers. It is not possible to get residue on your cheek from firing a rifle. The Dallas police knew that when they did the test. This was all exacerbated by the fact that they did not photograph the hand casts showing the dots signifying areas of residue as per protocol. Instead, they did a sketch showing the alleged pattern.

Oswald was also denied legal representation, with the ACLU being lied to when they looked into it. The local delegation was told by police that he had declined representation - a lie proven by Oswald being caught on film and tape requesting that very assistance.

Additionally, there is very compelling evidence that the lack of recording of the interrogations was used to alter Oswald's alibi after his death when he could not dispute the changes.

On top of all of that is the fact that Dallas County, under DA Henry Wade, put away more innocent people than some entire states. It was a win-at-any-cost mentality, and once you were targeted, you were almost certainly going to jail, guilty or innocent.

If Oswald had confessed and was sentenced, he would have been able to appeal on the basis of coercion and pressure brought to bear by fraudulent evidence and lies. If he had lived long enough, he could have requested the assistance of the Innocence Project. There is even evidence in the National Archives that can be DNA tested. This includes fibers and envelopes.

Instead, he was murdered and then "tried" without representation and without the checks and balances so essential to justice. This act of murder robbed him of his day in court and his appeal rights. It is doubling down on injustice to deny him - and the family he left behind - the chance to have his innocence tested now with a simple review of police reports and memos, along with the evidence collected from those first 3 days. Where possible, modern forensics should also be used.

His case when stripped bare, is no different than any other taken up by the Innocence Project. Someone was murdered. The police, under pressure, latched onto the first good suspect tossed to them (and Oswald was tossed to them by the company that employed him) They then went about molding a case to fit him as they had done to others before Oswald, and as they continued to do after.

This petition therefore seeks to ask the Innocence Project to step outside it's self-imposed boundaries and take up the case of Lee Oswald. It is time he has the same chance as anyone else to have his case for innocence explored dispassionately and honesty.

PLEASE SIGN THE PETITION TO REQUEST THE INNOCENCE PROJECT TAKE UP THIS CASE.