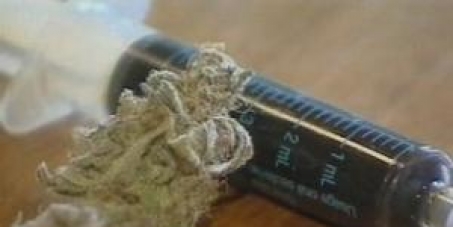 By continuing you agree to receive Avaaz emails. Our Privacy Policy will protect your data and explains how it can be used. You can unsubscribe at any time. If you are under 13 years of age in the USA or under 16 in the rest of the world, please get consent from a parent or guardian before proceeding.
This petition has been created by Matthew S. and may not represent the views of the Avaaz community.
x

Sign this petition
Matthew S.
started this petition to
UN, UK Government, any government of any nation on planet earth., Prime Minister David Cameron, US President Obama, leading members of the UN, Cancer Research UK.
Despite government and UN stance regarding cannabis as an illegal narcotic. It is now an established fact that cannabis is a safe and effective medicine, supported by a very large body of evidence and further supported by patent filed by the US government, 6630507, and while an outright cancer curing ability for all types of cancer in humans has yet to be proven 100%, there is more than enough evidence to support it's use as a cancer killing medicine, and it's safety, a fact supported by patent 20130059018. The latter patent was filed by two pharmaceutical companies, one of which, GW Pharmaceuticals currently grows cannabis under licence in the UK, and produce cannabis oil which is used to create the currently approved cannabis drug Sativex. There is no reason why, in exchange for being allowed to produce cannabis, GW Pharmaceuticals should not be made to produce pure cannabis oil which could be provided to all cancer patients who wish to use it as a treatment option, and could be easily, and with minimal expense, provided through NHS. Similar programmes could be introduce in all other countries. With assistance from fully trained doctors and with unhindered access to high quality cannabis oil medicines, the potential for cannabis medicine, particularly as a cancer treatment, can be realised and it's cancer curing potential can be proven once and for all. Currently cancer patients are suffering and dying while governments continue to prohibit this valuable medicine, and the only current access to cannabis based medicines is through expensive and compromised drugs like Sativex and Marinol, none of which represent high grade, natural medicine. Marinol is synthetic THC, while Sativex is natural cannabis extract/oil heavily diluted in an alcohol solution (the presents of the alcohol actually decreases the safety of the medicine, as well as drastically limiting it's potency, and there for it's medical potential). Both of these current cannabis drugs are approved as safe and effective medicines, and both are patented products. Their existence represent the hypocrisy of governments and medical authorities regarding cannabis as a medicine. While Cancer research organisations pander to the pharmaceutical industry, a genuine cancer treatment and potential cure remains ignored and suppressed. Please support this petition to finally answer the question - can cannabis cure all types of cancer in humans?
Report this as inappropriate
There was an error when submitting your files and/or report.
Inaccurate Inappropriate language Hate speech Illegal Commercial/spam Offensive
×