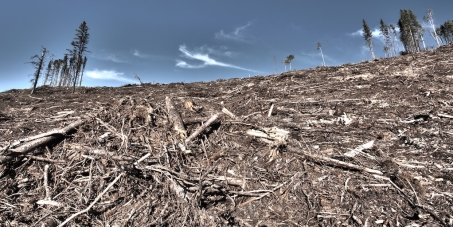 By continuing you agree to receive Avaaz emails. Our Privacy Policy will protect your data and explains how it can be used. You can unsubscribe at any time. If you are under 13 years of age in the USA or under 16 in the rest of the world, please get consent from a parent or guardian before proceeding.
This petition has been created by Sustain K. and may not represent the views of the Avaaz community.
x

Sign this petition
Sustain K.
started this petition to
Premier Redford
UPDATE: Due to public pressure, limited consultation with stakeholders helped mitigate trail damage in 2013 and saw ESRDs fire-smarting objectives satisfied. However, despite these actions, further increased clear-cutting is planned for this same area of Kananaskis in FALL 2013, without a formal public consultation.
There is NO NEED for the Alberta government's ESRD to agree to this extended plan:
* it will impact healthy recreation activity for approx. 500,000 existing users (source: Parks Canada) and the natural recreation area for Calgary's 1.2 million people (source: Stats. Canada)
* has minimal economic impact on Alberta's forestry industry. The entire Elbow Valley Recreation Area forms only approx. 0.02% of the government's identified harvesting area of 22.5 million hectares (source: Highlights of the Alberta Economy - Governement of Alberta- http://albertacanada.com/SP-EH_highlightsABEconomy.pdf )
* pre-empts land use changes from the government's own current planning in the South Saskatchewan Regional Plan and the subsequent Land Use Framework.


We invite you to join those who are already petitioning Premier Redford, reminding her that K-Country should be preserved as Peter Lougheed intended back in 1977 - that the Eastern Slopes should be primarily for watershed and recreation (source: Policy for Management of Eastern Slopes) - and asking her to put in place a full and complete facilitated public consultation process BEFORE planning clear-cut operations in the West Bragg Creek and Elbow Valley corridor of Kananaskis.

"This summer over 700 hectares of forest in a very popular recreational region of Kananaskis Country will be clear cut without full and complete public consultation by Spray Lake Sawmills under the direction of Alberta Sustainable Resource Development (SRD). We invite you to sign our petition

( Please use your full name or your name may not count on the petition ) which will be sent with a letter to Alberta's Premier Redford requesting a full and complete, facilitated public consultation process on the intended clear cut operation in the West Bragg Creek region of Kananaskis Country. This extensive logging operation will:
* have a direct and detrimental impact on 90% of the trails used by many Albertans, Calgarians and locals alike
* damage the watershed that feeds the Elbow River providing drinking water for Calgary & area
* significantly reduce forest biodiversity
* NOT fulfill the promise of long term wildfire protection to this local community
* affect the local economy of this community when these trail systems lose their appeal for recreation

Sustain Kananaskis is a grass roots initiative made up of Bragg Creek and Calgary residents, campers, trail users and outdoor enthusiasts. Please visit our website www.sustaink.ca for more detailed information so you can make an informed choice and learn of other ways you can help.

This recreational and environmental treasure so close to Calgary should not be so easily lost. Help us have a voice in its future."

Today: Sustain K. is counting on you