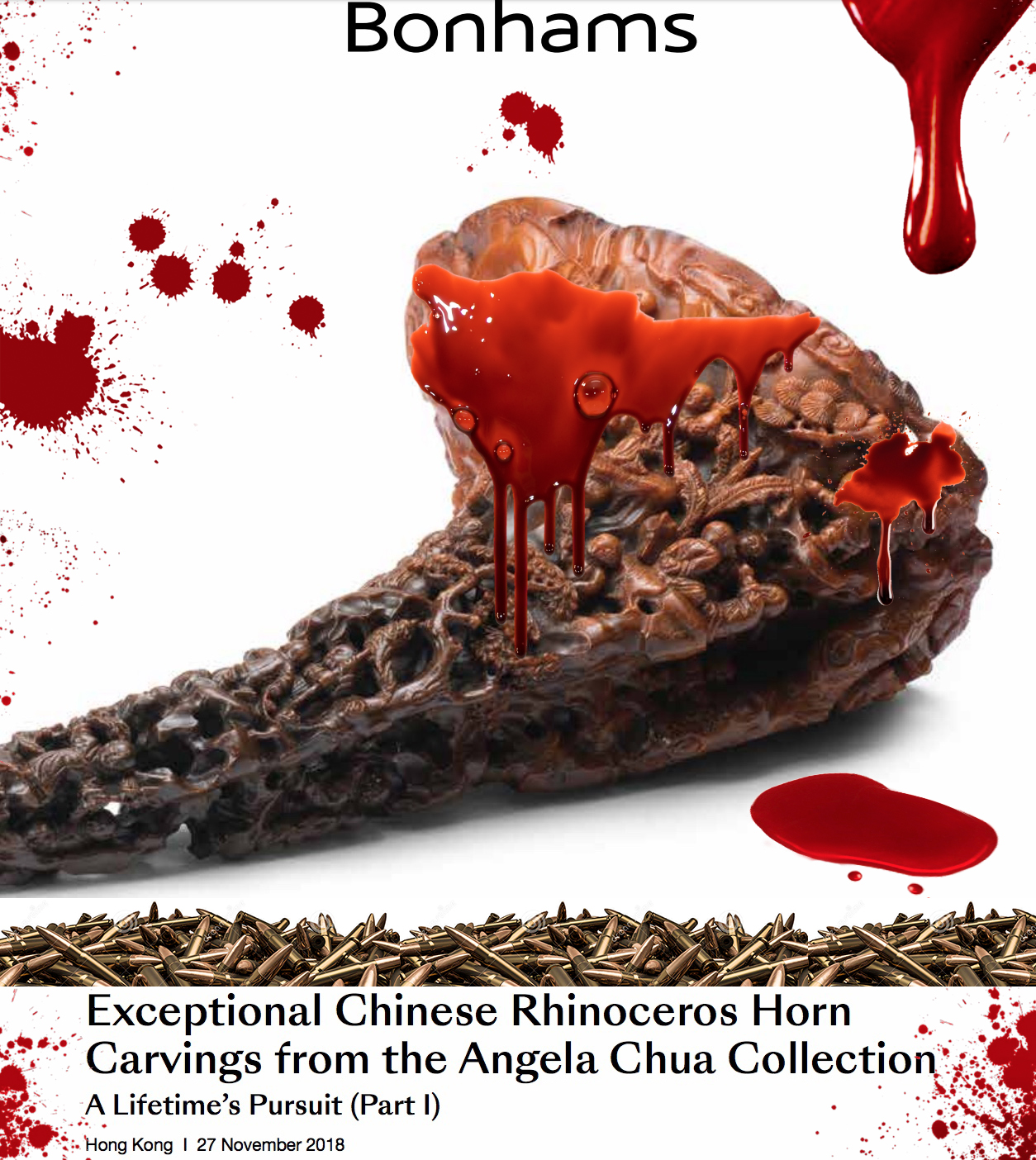 A Chinese antiques expert has said that many of the rhino horns up for sale are not genuine antiques but are in fact horns from recently poached rhinos carved in an antique style.

Bonhams upcoming sale sends a wrong message, is unethical, unsustainable, quite likely illegal and must be canceled.

If the sale goes ahead it will only serve to stimulate poaching, trafficking and trade of Africa's last remaining rhinos.

Rhino poaching rates remain unsustainably high, and even just a small increase in demand for "antique" rhino horn – caused by similar future sales – would push the species to extinction.

In South Africa 1,028 rhinos were illegally killed in 2017 to supply rhino horn demand in China for "antiques" and traditional medicine.