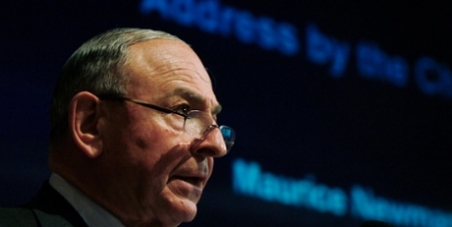 By continuing you agree to receive Avaaz emails. Our Privacy Policy will protect your data and explains how it can be used. You can unsubscribe at any time. If you are under 13 years of age in the USA or under 16 in the rest of the world, please get consent from a parent or guardian before proceeding.
This petition has been created by james W. and may not represent the views of the Avaaz community.
x

Sign this petition
james W.
started this petition to
Maurice Newman
We cannot allow politicians to continue to blatantly lie about climate science simply to protect fossil fuel business interests when the future of our planet hangs in the balance.

Guardian newspaper did fact checking with the scientists which Maurice quoted:

and they are all saying the same thing: Maurice Newman misrepresented their research.

Maurice Newman is a politician, NOT a scientist. Because he has no training in science, any science-based statements he makes should be confirmed by scientists as legitimate first. Let's let Maurice know that because he has a podium does not give him carte blanche to say anything. His story was irresponsible because he did not perform any credible fact checking. Let's demand a public apology from Maurice Newman for misrepresenting science.