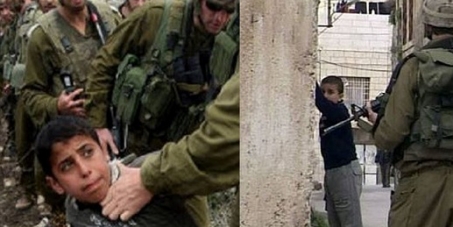 By continuing you agree to receive Avaaz emails. Our Privacy Policy will protect your data and explains how it can be used. You can unsubscribe at any time. If you are under 13 years of age in the USA or under 16 in the rest of the world, please get consent from a parent or guardian before proceeding.
This petition has been created by Catherine H. and may not represent the views of the Avaaz community.
x

Sign this petition
Catherine H.
started this petition to
Members of European Parliament
HARES BOYS
The Hares Boys, five Palestinian teens who have now been imprisoned for over 2 years and one month, who are facing an Israeli military court because of a settler car accident, will be facing court dates in the coming month:
Ali Shamlawi 30 April
Mohammed Kleib 12 May
Ammar Souf, Mohammed Suleiman 20 May
Tamer Souf TBC
The international Campaign to Free the Hares Boys is urging internationals in Palestine who carry foreign passports to attend the military court hearings in Salem. If you are not in Palestine please contact your embassy and ask that they attend on your behalf. You can also inquire if your state – via its foreign representative the embassy – cares about human rights and children’s rights in particular.The Hares Boys are five Palestinian teens from the West Bank village of Hares. After a settler had a car accident on a settler only road near the village, despite the involved drivers’ own initial statements of other causes, the Israeli occupation forces invaded the village and arrested 19 boys in repeated violent raids on the village, accusing them of throwing stones and causing the accident. There were no witnesses to the car accident and no one has stated that they saw any Palestinian children throwing stones that day. Nonetheless, teen boys, all under 18, were arrested, interrogated, kept in solitary confinement in tiny cells for up to two weeks and denied lawyers.Now, five of these boys are being charged with 20 counts of “attempted murder,” one for each allegedly thrown stone. There is an international campaign to support these Palestinian teens, facing an Israeli military court and its injustice to Palestinians and having suffered 2 years of imprisonment.

Khaled Al-Sheikh, 15.
Following a four-month prison sentence and a 2000 NIS ($USD) fine, 15-year-old Khaled al-Sheikh finally walked free from Israeli prison in Ofer yesterday, Palestinian Prisoners’ Day, April 17. Greeted by his parents, al-Sheikh recounted his experience in Israeli prisons: “The [Israelis] attacked me with rifle butts on the head and insulted me during the investigation,” he said. “Although I suffer from anaemia, they did not give me any medical help, apart from some painkillers.” He added that it was a “tough” investigation. “I was insulted and beaten and held in shackles for hours in a small cell.” This did not scare him. “This is the [Israeli] occupation. It will not scare us.”Al-Sheikh was one of 1,200 Palestinian children detained in 2014; there have been another 200 detained so far in 2015. Between 500 and 700 Palestinian children are brought before Israeli military courts each year. Like Khaled, many are charged withthrowing stones; his father reported he was throwing stones against a wall in his village of Beit Anan.More information:
https://haresboys.wordpress.com/
http://www.dci-palestine.org/stories http://www.breakingthesilence.org.il/testimonies/videos
http://samidoun.net/category/campaigns/child-prisoners/

Today: Catherine H. is counting on you