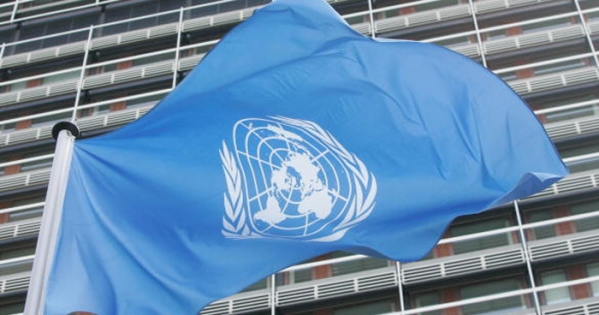 By continuing you agree to receive Avaaz emails. Our Privacy Policy will protect your data and explains how it can be used. You can unsubscribe at any time. If you are under 13 years of age in the USA or under 16 in the rest of the world, please get consent from a parent or guardian before proceeding.
This petition has been created by Sahara R. and may not represent the views of the Avaaz community.
x

We are writing to you to use your position in the UN Security Council to take action against the Polisario militias who are creating further instability in the area by their bold disregard for the authority of the United Nations.

Following King Mohammed VI‘s request to the Secretary General of the United Nations, Antonio Guterres, to take urgent and necessary measures to curb the Polisario Front’s activities, which threaten the UN‐brokered ceasefire and jeopardize stability in Guerguerate, Guterres urged both Morocco and Polisario to “exercise maximum restraint and take all necessary steps to avoid escalating tensions.”

To avoid escalation and to comply with the United Nations’ 1991’s ceasefire agreement, Morocco unilaterally withdrew from the Guerguerat region late February after dispatching police forces to the area last August to combat drug trafficking. This decision was hailed by France, Spain, the US, the UN, and the EU.

Morocco by "restoring the full functionality of Minurso" is, also, in accord with recommendation of the Security Council in its resolution 2285, adopted at the end of April 2016.

The Algerian backed Polisario militia refused to withdraw from the UN controlled buffer zone in Guerguerat despite calls from the UN Secretary General. To no avail, he also dispatched the Head of MINURSO to negotiate with the Polisario’s “Defense Minister”.

The truck drivers documented an illegal checkpoint imposed by Polisario‐armed militants on the road to Mauritania. At gunpoint, the drivers were forced to remove the Moroccan road tax disc and license plate from all vehicles, and were told to either “comply with the directives or die.”

Recently, the separatist groups has even threatened to take arms against the United Nations Mission (MINURSO), if the peacekeeping mission set foot on Guergarat, according to sources on the ground.

In the last report, the UN Secretary General has expressed his deep concern by the continued presence of Frente Polisario armed elements and the challenges this poses to the raison d’etre of the buffer strip. Then he Calls on your Council to Urge Polisario to Withdraw from the region fully and unconditionally.

However, the media close to the separatist front quoted according to front official that the withdrawal from the Guerguerate area was "not negotiable" and the Polisario militia would remain there.

The Resolution about Western Sahara under discussion in the Security Council should take actions against Algeria backed Polisario to prevent the region from becoming an irreversible time bomb.

Infortunately, Tindouf Camps have been transformed into a big open‐air prison where people are deprived of their most basic needs, human rights and refugee rights. The UNHCR (UN High Commissioner for Refugees) still has no access in order to authenticate and count the refugees despite repeated resolutions of the Security Council.

Today: Sahara R. is counting on you