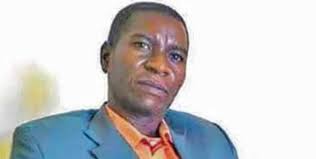 By continuing you agree to receive Avaaz emails. Our Privacy Policy will protect your data and explains how it can be used. You can unsubscribe at any time. If you are under 13 years of age in the USA or under 16 in the rest of the world, please get consent from a parent or guardian before proceeding.
This petition has been created by Coalition O. and may not represent the views of the Avaaz community.
x

Sign this petition
Coalition O.
started this petition to
Ministry of Home Affairs, Media, CHRAGG
Background
The disappearance of journalist Azory Gwanda is not only a violation of his fundamental rights, but a threat to the entire Tanzanian media fraternity and press freedom in Tanzania overall.

Who is Azory?
Azory Gwanda is a journalist who worked for privately owned newspapers, The Citizen and Mwananchi . He has been missing since November 21, 2017 leaving behind a pregnant wife, Anna Pinoni and one child. He was a prominent reporter on human rights violations and insecurity, reporting from Kibiti District in Coast Region. At the time of his disappearance, he was working on stories about the then ongoing killings of local government leaders, police, and the disappearance of residents in the area.

What happened?
On the day of his disappearance, according to his wife Anna, her husband followed her to their farm (after she had gone there to tend to their crops), accompanied by four unknown men in a white land cruiser. He asked her for the house key and mentioned that he was leaving on an emergency trip for work and would return the next day. When Anna got home that day, she found the house in disarray, as if it had been searched. Gwanda has not been seen ever since.

What has been done?
Media stakeholders locally and internationally including the Media Council of Tanzania (MCT) and its partners in the Coalition on the Right to Information (CoRI) including Union of Tanzania Press Clubs (UTPC), Tanzania Human Right Defenders Coalition (THRDC), Tanzania Media Women Association (TAMWA), Legal and Human Rights Centre (LHRC), Sikika, Twaweza East Africa, Policy Forum, Misa-Tan, Tanganyika Law Society (TLS), Tanzania Editors Forum (TEF) and Jamii Forums, have expressed shock and concern about his whereabouts as well as urging for a thorough investigation by the security agencies. No response has been
forthcoming.

While the publishers, MCL, had previously been publishing a countdown since his disappearance, stakeholders have asked for information and status or progress of his investigation if any, but no information and/or concrete response has been released.

Government response
The government through the Minister of Home Affairs, Kangi Lugola, had in July 2018 said that the government was not involved in finding missing persons: “ We, as a Ministry, don't interfere in the freedom of an individual that gets lost while at his home. Everybody has freedom according to the country's Constitution to go from one place to another without breaching the law ”.

However in another interview the Minister mentioned that “ law enforcers were continuing with investigations ”.

Therefore there is a lack of clarity in the government’s position: are they investigating this or do they assume that Azory has chosen to be away from his wife, children and home for this extended period.

Our pleas
It is One Year and Five Months since Gwanda’s disappearance. He is nowhere to be found, and the law enforcers are not updating on the progress of the investigation.

We the Coalition on Right to Information (CoRI), call for the following:

One , the Ministry of Home Affairs publicly declare that Azory Gwanda is missing;
Two , the Government allocates resources for the security organs to conduct a thorough investigation of Gwanda’s disappearance in accordance with the Police General Orders No. 232 in relation to the investigation of missing persons;
Three , Security organs particularly the police force provide periodic reports on the progress of the investigation;
Four , Media outlets regularly publish his information as a missing person;
Five , Media owners come together to develop a protocol for journalists who go missing including mechanisms for getting information on investigations from the relevant authorities and for public communication plans;
Six , The Commission for Human Rights and Good Governance (CHRAGG) executes its mandate to follow up on Gwanda’s disappearance with the relevant authorities;
Seven , the Dean of the Diplomatic Corps should be ready to provide resources to support the government’s investigation of Gwanda’s disappearance.

If you support this campaign to find Azory Gwanda, please sign this petition!