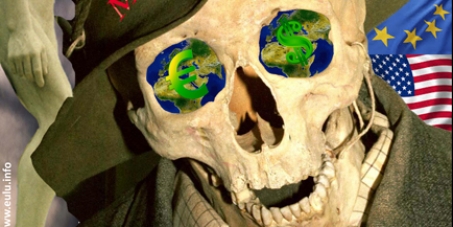 By continuing you agree to receive Avaaz emails. Our Privacy Policy will protect your data and explains how it can be used. You can unsubscribe at any time. If you are under 13 years of age in the USA or under 16 in the rest of the world, please get consent from a parent or guardian before proceeding.
This petition has been created by Werner N. and may not represent the views of the Avaaz community.
x

„Monsanto is a sustainable agriculture company. We deliver agricultural products that support farmers all around the world.

We are focused on empowering farmers—large and small—to produce more from their land while conserving more of our world's natural resources such as water and energy. We do this with our leading seed brands in crops like corn, cotton, oilseeds and fruits and vegetables. We also produce leading in-the-seed trait technologies for farmers, which are aimed at protecting their yield, supporting their on-farm efficiency and reducing their on-farm costs” Quoted from the Monsanto Website.

What Monsanto does in reality is to invade the lives of farmers, proceeding to ruin them with their unethical corporate practices, contaminating the fields with pesticides and restricting the farmers choice to reuse harvested seeds from the previous year’s crop. These practices have decreased the on-farm efficiency and have actual bankrupted farmers instead of reducing costs.In India this has resulted in the suicide of many farmers. Throughout the whole world is an ever increasing record of disagreeable experiences with the group of Monsanto which reaches for all what parts of our life.

Primarily with regard to our food supply, Monsanto counts as one of the world’s biggest agrarian group. In regards to the EU seeds patent regulation and to patent applications for animals and plants in the European Union, Monsanto has sought for many years in Europe for a breakthrough. They are beginning to find loopholes. The EU bodies responsible have been bending more and more each year. With the cultivation of genetic maize MON 810 in (still) Spain, this group still has a foot in the door. This needs to be stopped and the loopholes closed.

Do we want this in Europe and around the world?

Do we want GMO food?

Do we want genetic-contaminated fields?

Do we want we to be dependent on Monsanto?

We demand no “Monsanto like Patriot Acts” that allow are allowed through the back door by the US-EU free trade agreement!

We demand a ban without exception of GMO cultivation in the European Union!

We demand Smartstax not to approve GMO food for human consumption or animal feed in the EU!

We reject the new draft seeds directive to restrict to a limit spectrum of the overall seed biodiversity!

Today: Werner N. is counting on you