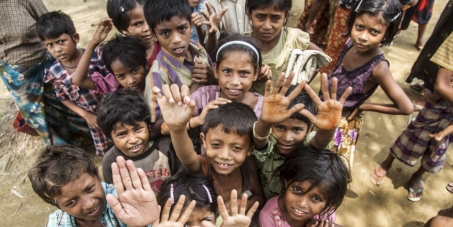 This petition is closed
933 Supporters
Steve G.
started this petition to
Mr. John Kerry, USA Secretary of State
The Rohingya, is an ethic minority group from Burma (Myanmar). They are often considered among "the worlds least wanted people" and considered a stateless people, not recognised by the Burmese government as citizens of the country.

In the last 18 months there has been systematic persecution, displacement and violence towards this vulnerable people. In early April 2014, all NGO's providing aid to these people we removed by the Burmese government, leaving them helpless and without adequate hygiene or medical care.

The United States goverment needs to take a stand for the basic human rights of the Rohingya people group.

We want to: 1) See NGO's be given free access once again to the displaced Rohingya; 2) See them recognised as citizens of Burma; 3) See them allowed to return to their original land and properties; 4) See the removal of the "two-child" policy.

Today: Steve G. is counting on you