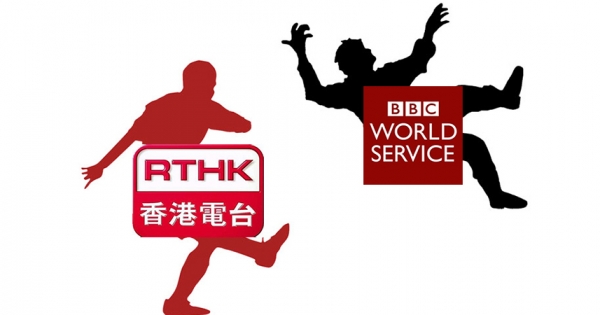 RTHK: Give us back our BBC World Service!

By continuing you agree to receive Avaaz emails. Our Privacy Policy will protect your data and explains how it can be used. You can unsubscribe at any time. If you are under 13 years of age in the USA or under 16 in the rest of the world, please get consent from a parent or guardian before proceeding.
This petition has been created by Alex H. and may not represent the views of the Avaaz community.
x

It has been relaying BBC World Service radio broadcasts in Hong Kong since 1978, providing listeners in the city with unbiased world news and analysis, as well as important information on global issues.

RTHK says it will replace the BBC World Service with programming in Mandarin from the China National News Hong Kong Edition on 4th September 2017.

Hong Kong touts itself as an international city. Yet the removal of the BBC World Service from the airwaves makes the city feel more parochial and inward‐looking.

To be clear, we are not against the service provided by China National News. We just don't want RTHK to broadcast China National News at the expense the BBC programming which many Hong Kong people rely on for news from far flung places.

We therefore call on RTHK to provide the China National News Hong Kong Edition with an additional AM radio wavelength to broadcast on in Hong Kong, thereby allowing the BBC World Service to keep being heard on AM 675.

This solution can provide the citizens of Hong Kong more choice – not less – in what radio stations they listen to.

Alex H. needs your help with "RTHK: Give us back our BBC World Service!". Join Alex H. and 1,435 supporters today