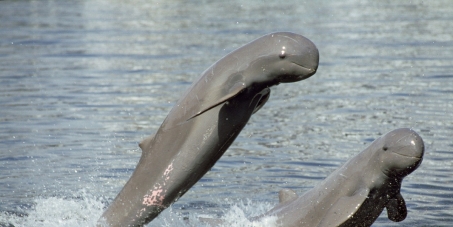 By continuing you agree to receive Avaaz emails. Our Privacy Policy will protect your data and explains how it can be used. You can unsubscribe at any time. If you are under 13 years of age in the USA or under 16 in the rest of the world, please get consent from a parent or guardian before proceeding.
This petition has been created by Dr L. and may not represent the views of the Avaaz community.
x

Sign this petition
Dr L.
started this petition to
Mr. Viraponh Viravong, Deputy Minister of Energy and Mines, Lao PDR
The construction of Hydro-Power DAMS is increasing along the Mekong River with dozens of dams planned on the mainstream of the Mekong and many of its major tributaries. These are putting at risk the food security for 60 Million people and the ecological stability of the Mekong River ecosystem.

The DON SAHONG Dam is the second Hydro-electric Dam already in construction by Lao PDR (the first being the controversial Xayaburi Hydro-electric Dam), despite strong opposition from Vietnam & Cambodia ... The Don Sahong Dam will block the "Hou Sahong Channel" , which is the only year-round channel for dry season fish migration in the Mekong. The massive sediment retention caused by the Dam will ensure the "Shrinking" of the MEKONG DELTA. This in turn, will reduce the productivity of this "aquatic nursery" (the Delta) for both river and oceanic species.

The Don Sahong Dam will also lead to the EXTINCTION of the last 71 Irrawaddy dolphins in the Mekong River - as it will be located just 1Km upstream of their main habitat - it will reduce the fish populations and thus their food supply.

Today: Dr L. is counting on you