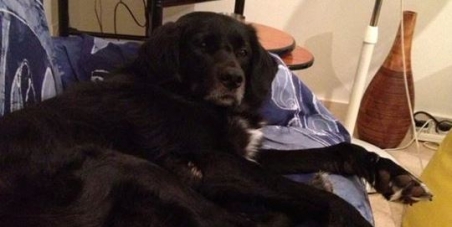 Municipalities and Shops of Lebanon: BAN THE SALE AND USE OF LETHAL POISON that kill innocent animals

By continuing you agree to receive Avaaz emails. Our Privacy Policy will protect your data and explains how it can be used. You can unsubscribe at any time.
This petition has been created by Rachel h. and may not represent the views of the Avaaz community.

Sign this petition
Rachel h.
started this petition to
Municipalities and Shops of Lebanon
This petition is in honor and memory of my cherished family member, Bo, who lost his life on Friday 27th June 2014, to a lethal poison (lanette) that killed him in less than 15 minutes while my mother was out walking him in our compound. The poison was so strong that he didn't have a chance, and we had no time to get him to the ER and save him. My dog Bo was the kindest, most loving and gentle boy there ever was- full of life and energy. He died an unexpected, tragic, violent and undeserving death by a lethal poison used by the Municipalities in Lebanon. There were no warnings put up that poison had been spread, nothing! The poison was odorless and colorless. The Ministry of Agriculture released a law (decree no. 1/849) stating that poison substances are illegal if odorless and colorless! The poison would need to have a color and a smell in order for people / pets to avoid the area that the poison has been spread. Thus the Municipalities are very clearly breaking this law and something must be done!

This petition is in honor and memory of our beloved Bo and all the innocent animals, strays and house-pets alike, who have lost their lives in this brutal and barbaric way. IF we can BAN the use of such fast-acting, lethal poisons, it will be a huge step in protecting our beloved pets and even children (what would have happened if a child had ingested that poison?!).

Please help me in my quest to seek justice for Bo, and prevent this from happening to another beloved family pet or poor stray and even possibly children! Let's BAN THE SALE AND USE OF SUCH LETHAL POISONS BY OUR SHOPS AND MUNICIPALITIES!

Today: Rachel h. is counting on you

Rachel h. needs your help with "Municipalities and Shops of Lebanon: BAN THE SALE AND USE OF LETHAL POISON that kill innocent animals". Join Rachel h. and 2599 supporters today