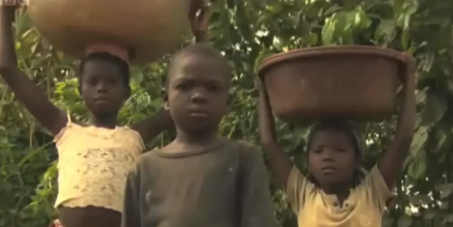 By continuing you agree to receive Avaaz emails. Our Privacy Policy will protect your data and explains how it can be used. You can unsubscribe at any time. If you are under 13 years of age in the USA or under 16 in the rest of the world, please get consent from a parent or guardian before proceeding.
This petition has been created by Jane T. and may not represent the views of the Avaaz community.
x

Sign this petition
Jane T.
started this petition to
Nestle
According to the U.S department of state, more than 109,000 children work on cocoa farms in the “worst forms of child labor”. Child laborers face frequent exposure to dangerous pesticides which can have serious health consequences. They labor for long hours in the heat using dangerous tools. Most West African children spend their lives harvesting cocoa beans without ever eaten a chocolate bar. Nestle is the 3rd largest exporter of cocoa from regions affected by forced and abusive child labor but one of the LARGEST consumer products company in the WORLD. They definitely do have the resources AND the will to make things happen as long as they want to. In 2001, Nestle signed a protocol together with other chocolate companies, pledging against child slavery. But look what has happened just 10 years later? Though it has publicly committed itself to action that will eradicate child labour, little result has been seen.
The crimes of Nestle's indifference towards children being forced in labour are tainted on to the very products we purchase from them. Even if you do not boycott their products, we owe it to these children to at least sign the petition so we can pressure Nestle and BE the ACCOUNTABILITY that they have not had to face for all these years.