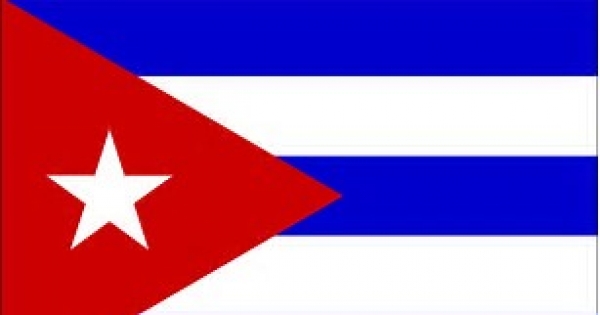 National Assembly and the Council of State of Cuba : Promote Animal Welfare Laws in Cuba

By continuing you agree to receive Avaaz emails. Our Privacy Policy will protect your data and explains how it can be used. You can unsubscribe at any time. If you are under 13 years of age in the USA or under 16 in the rest of the world, please get consent from a parent or guardian before proceeding.
This petition has been created by Gracie G. and may not represent the views of the Avaaz community.
x

** Correspondence referring to this petition will be forwarded to the Cuban Embassy in Ottawa, Canada**

A recent video from Manzanillo, Cuba, circulated on social media, shows two men setting a dog on fire and burning it alive. Brazenly, in the middle of the street. Other citizens looked on as the crime was committed. These two young Cuban men need to be held accountable for this repulsive deed. Their cruel torture degrades Cuba’s reputation and confirms the need for animal welfare laws and established punishments. Animal abuse is unacceptable in a civilized Cuban society.

Legislation against animal abuse would not only help to eliminate the suffering of Cuban animals, it would also serve the Cuban people.

Deliberate acts of cruelty against animals, such as torture, beating or maiming; and activities such as dog fighting, result in severe pain, injury and death. These abusive acts warrant severe penalties, not only because of their shocking nature and the immediate harm they inflict, but also because there is documentation that links animal abuse and criminal violence against people. Those who abuse animals have a propensity to commit other violent offenses toward human victims, crimes to personal property, and disorderly conduct offenses.

Acts of animal cruelty committed by youngsters increases the likelihood that they will commit continued physical violence as well as other nonviolent forms of delinquency during adolescence.

Experts agree that early prevention and treatment of animal cruelty is the key to stopping the cycle of violence, because as aggressive children grow, they are less responsive to therapeutic intervention.

National Assembly and the Council of State of Cuba

The Cuban government can help stop the cycle of violence by recognizing that animal abuse is an indicator of serious problems. Reporting animal abuse can help authorities stop other types of violence. Local law enforcement and prosecutors need to consider crimes against animals as a serious violation to Cuba’s citizens and their principles. Safe communities and upholding the ideals of Cuban society in safe communities is imperative.

Respectfully, we ask for your consideration in this matter.

The greatness of a nation and its moral progress can be judged by the way its animals are treated.‐ Mahatma Gandhi

We must establish a new world order based on justice, on equity, and on peace. – Fidel Castro
Report this as inappropriate
There was an error when submitting your files and/or report.
Inaccurate Inappropriate language Hate speech Illegal Commercial/spam Offensive