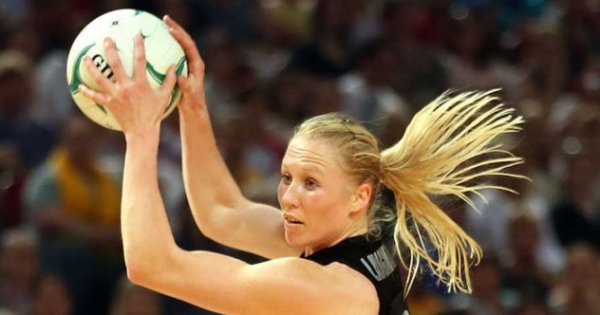 By continuing you agree to receive Avaaz emails. Our Privacy Policy will protect your data and explains how it can be used. You can unsubscribe at any time.
This petition has been created by Carley H. and may not represent the views of the Avaaz community.

Sign this petition
Carley H.
started this petition to
Netball New Zealand
Laura Langman first represented her country in 2005 as a teenager. She has been a loyal servant to NZ netball ever since playing 141 consecutive test matches.

In 2016 Netball NZ, at the cessation of the trans-tasman ANZ Championship, made a policy that made any players not competing in the NZ competition ineligible for National Selection. Laura, at the time, was already playing for the NSW Swifts. Her decision to play in the Australian Domestic Competition in 2015, at the time, allowed her to develop her game, as well as still represent her country. Sadly in 2016, she was denied the opportunity to trial for NZ due to Netball NZs new policy, demanding all players compete in the NZ domestic competition. It was not like Laura defied the ruling and went anyway. She was already playing in Australia.

We know of many sports that allow athletes to compete overseas and come back and play for their countries. Elite athletes who are fortunate enough to compete in the best leagues they possibly can. We have Steven Adams in the NBA, many in Rugby League, football, cricket, to name a few.

Understandably, if Netball NZ had the same depth in its ranks as Rugby Union in NZ, then the ruling would make sense. Unfortunately, Netball does not. The current netball league is showing a major disparity in depth and coaching throughout the NZ Regions with massive blow outs in scores.

Getting back to Laura. There is not a more humble, deserving person than her. Having played 141 consecutive tests, being such a faithful servant to netball in NZ , she deserves better. She wants to represent her country. She wants to continue to develop her game and is currently competing in arguably the best netball league in the world. Improving her game, and consequently improving the people around her. The ARU has a rule that allows a player to compete overseas, and be eligible for National Selection, providing they have played over 60 tests for their country. They recognise that it is a better outcome for all involved, simply because they do not have the player depth to impose a blanket rule on their athletes.

Laura is a person of energy and heart whom seeks challenges and environments that she can add value to, to bring out the best in others and herself. She is already a NZ Netball GREAT, whether she wears the black dress again or not. However, she is still undoubtedly good enough to continue her international career. She deserves better than that. She is NZs Ritchie McCaw of Netball. Help us to help her play again for NZ by signing this petition to get Netball NZ to revisit their policy to allow our Elite netballers with history in the black dress, to be able to have choices about their development, and allow GREATS like Laura to retire in style, when she is ready. She absolutely deserves that.
Report this as inappropriate
There was an error when submitting your files and/or report.
Inaccurate Inappropriate language Hate speech Illegal Commercial/spam Offensive
×

Today: Carley H. is counting on you