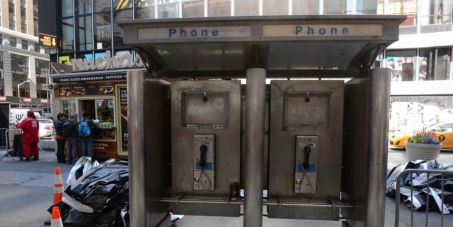 By continuing you agree to receive Avaaz emails. Our Privacy Policy will protect your data and explains how it can be used. You can unsubscribe at any time.
This petition has been created by Wireless R. and may not represent the views of the Avaaz community.

Hotspots are higher powered than routers, and if they are put on the street, it will affect the ability of people to walk down the sidewalk where they are located. Currently, people with electromagnetic sensitivities can access buildings (including residences) in NY that are not too close to a cell transmitter and if the institution turns off the Wi-Fi in the vicinity or the premises are shielded from neighbors’ Wi-Fi. If a hotspot is put on the street near a home or critical institution to be accessed, many people will not be able to access the sidewalk to access the building in question without getting serious symptoms and violating doctors’ orders.

The NYC Human Rights Law also covers a wide swath of the population besides people with electromagnetic sensitivities; namely, many other medical conditions and pregnant women. The American Academy of Environmental Medicine (AAEM) has stipulated that individuals with most medical conditions should avoid exposure to Radiofrequency Radiation. In June the epidemiologist Devra L. Davis, the pediatric neurologist Maya Shetreat-Klein and the OB-GYN Hugh Taylor held a press conference stating the need for pregnant women to reduce exposure to radiofrequency radiation and proximity to routers; a hotspot on the street is a high-powered router.

If the hotspot plan were to be rolled out, pregnant women, as well as people with electromagnetic sensitivities and most medical conditions would not be able to heed the advice of their own physicians. Under the NYC Human Rights Law, these groups are entitled to accommodation; how would the city provide it after a forced rollout of discriminatory devices on the street?

As it is now, there are subway stops, some city parks, the area around Google, etc, that are inaccessible to people because they have been turned into Wi-Fi hotspots.

Right now- Wi-Fi is largely contained within buildings; putting it in the public square would make the commons increasingly inaccessible to a statistically significant number of people; the California State Department of Health indicates that 3% the population is sensitive to electromagnetic fields; this was stated in a report that is now 12 years old; independent studies show the numbers may be higher. The EU says that the number of people with electromagnetic sensitivities is growing exponentially because of exposure to Wi-Fi and the like. A paper by Oberfeld and Hallberg supports this assertion by the EU.

The Access Board in conjunction with the National Institute of Buildings sciences put out a report in 2005 that stipulated Wi-Fi should be confined within a building by foil-backed drywall, not spilling freely into the building, and that fiber optic (hard wired) connectivity is preferred in any event. If there are hotspots on the street, then how could accommodation possibly be achieved? How would some people get access to their own apartment building if a high-powered hotspot were parked on the street outside their home?

Therefore, I respectfully request that you intervene to file an injunction against the city of New York and DOITT so that these hotspots are not rolled out into the street and before DOITT expends millions of dollars on an unlawful scheme.

In addition, the NYC Council Environmental Protection and Health Committees should hold an immediate hearing to air the legal, health and environmental implications of DOITT’s proposal.