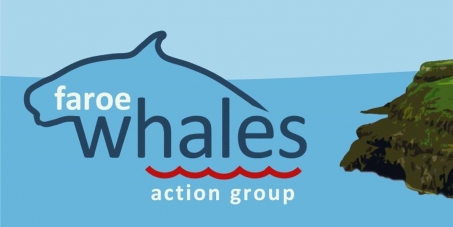 Nicolai Wammen, Defense Minister, Government of Denmark: Not to again use the Danish Navy to enable the Grind Pilot Whale slaughter

By continuing you agree to receive Avaaz emails. Our Privacy Policy will protect your data and explains how it can be used. You can unsubscribe at any time.
This petition has been created by Matthew D. and may not represent the views of the Avaaz community.

We, the undersigned, urge you not to - once again - use the Royal Danish Navy to oversee and enable the brutal, unnecessary slaughter of families of Pilot Whales in the Faroe Islands.

This cruel, annual hunt (the Grindarap or Grind) is the largest slaughter of maritime animals in Europe, at a time when modern science is increasingly telling us how intelligent, sensitive and socially sophisticated this dolphin species is.

On the 30th August 2014, 33 pilot whales were killed at Sandoy. The Danish Navy oversaw this killing, and, furthermore, directly intervened, arresting campaigners who were protesting against the killing of these mammals. Eye witness accounts describe the distress calls of these dolphins, in extreme pain, lasting over fifteen minutes.

The end product is meat described by the Faroe Islands’ Chief Medical Officer and Chief Scientist as potentially toxic, due to the high levels of mercury and other pollutants it contains.

Therefore we call upon and urge you to:

1. To uphold EU law. Under EU law, the hunting of cetaceans, including whales and dolphins is banned, including under the Habitats Directive and the Convention on International Trade in Endangered Species of Wild Fauna and Flora (CITES). As a member of the EU, Denmark must comply with EU laws which prohibit the slaughter of whales. Your responsibility is very clear.

2. To uphold all the Conventions you have signed, vowing to protect pilot whales — the Bern Convention, Bonn Convention and ASCOBANS.

3. To help the Faroe Islands adopt and follow the Bonn Convention. This protects migrating animals like Piot whales, which face enough pressures already. The population of pilot whales in the Northeast Atlantic - which is exploited in the Faroe Islands - meets all the criteria under the Bonn Convention by which a species is defined as having a "favourable conservation status".

4. Not to intervene to arrest campaigners, protesting against the distressing destruction of whole families of Pilot whales

5. Not to use your warships and military helicopters to bring whaling into the EU, through the back door.

The Faroes are a Protectorate of Denmark. Please protect all mammals there.

Today: Matthew D. is counting on you

Matthew D. needs your help with "Nicolai Wammen, Defense Minister, Government of Denmark: Not to again use the Danish Navy to enable the Grind Pilot Whale slaughter". Join Matthew D. and 5079 supporters today