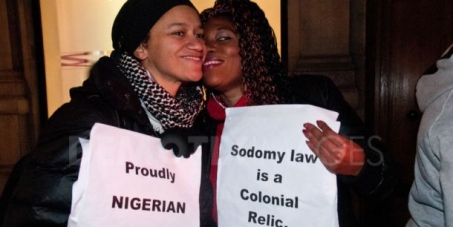 This petition is closed
50 Supporters
Temi A.
started this petition to
Nigerian President Goodluck Jonathan
The Nigerian senate unanimously passed a bill that aims to not only ban same sex marriages, but also void marriages of that kind registered outside of Nigeria. Partners may face up to 14 years in prison if they get married or attempt to do so in Nigeria. Clauses within the bill also aim to ban groups, organisations and individuals that support homosexual people and their rights.

This is a contentious issue that various countries take different approaches to. We should not allow the Nigerian government to effectively ostracise the gay community and its supporters. This goes against the grain of democracy, and the fundamental human right of people to be who they are, to be free, and to be accepted within their community. It is a slippery slope to even more concentrated discriminatory action against the gay community if it is not checked.

The Nigerian community is still recovering from the death of 4 young boys killed by a mob because they were believed to be thieves. What will happen to homosexual people in a social gathering of ignorant people if the law already has a 14 year bounty on their head? The morality of the issue is not what is in question, as that is the reason given for this draconian law. What we should consider is the fact that the government is passing such laws without educating the people and letting them make their own decisions regarding the morality of homosexual relationships. The effect of this will be to entrench misleading preconceived notions already held by some individuals.

We call on President Goodluck Jonathan to desist from signing this law into effect. People should not be jailed and persecuted for their sexual preferences, neither should the avenues for change or support be blocked. If the Nigerian senators are worried about the morality of its citizens, then they should try to understand the gay community and understand them. Blindly resisting and punishing what they do not understand reeks of an arbitrariness no democratic government should be associated with. The Nigerian government should make efforts to promote education that is informative and accurate, not pass laws that will be oppressive to some members of the community.