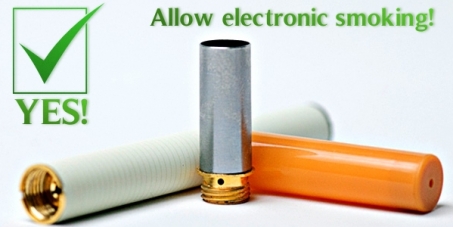 No ban on electronic smoking

By continuing you agree to receive Avaaz emails. Our Privacy Policy will protect your data and explains how it can be used. You can unsubscribe at any time. If you are under 13 years of age in the USA or under 16 in the rest of the world, please get consent from a parent or guardian before proceeding.
This petition has been created by Alex B. and may not represent the views of the Avaaz community.
x

The EU wants to make sure that the most hazardous nicotine-containing products (cigarettes) remain as only option on the market available to Europe's nicotine users.

This is essentially a strategy to maximize disease and death all over the World.

It is clearly not in the public interest to run a prosecution against sellers of nicotine e-cigarettes which the Ministry of Health itself says are "far safer" than tobacco cigarettes, when banning them is expected to send hundreds of users back to smoking tobacco cigarettes.

In a 2012 World Health Organization (WHO) report on electronic cigarettes from the Conference of Parties to the Framework Convention on Tobacco Control, WHO is urging countries to ban these products because they "normalize" smoking.

In an unprecedented move, EU Health Commissioner John Dalli has resigned after an investigation connected him to an attempt to influence EU tobacco legislation. Anti-fraud campaigners have welcomed the move.

One of the EU Comission's vice-presidents, Maros Sefcovic, will take over the Dalli portfolio on an interim basis until a new commissioner is put forward by the Maltese government.

Today: Alex B. is counting on you

Alex B. needs your help with "No ban on electronic smoking". Join Alex B. and 14,215 supporters today