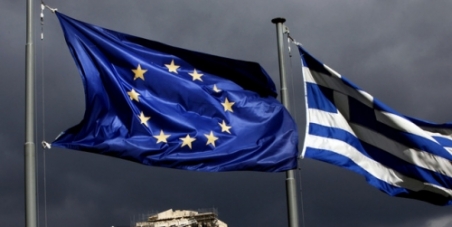 No to Racism against Greeks

By continuing you agree to receive Avaaz emails. Our Privacy Policy will protect your data and explains how it can be used. You can unsubscribe at any time. If you are under 13 years of age in the USA or under 16 in the rest of the world, please get consent from a parent or guardian before proceeding.
This petition has been created by Michael T. and may not represent the views of the Avaaz community.
x

Sign this petition
Michael T.
started this petition to
Council of Europe, Council of Europe's Anti-Racism Commission, European Network Against Racism
Since the financial crisis in Greece has become the main subject and hit headlines, various stories appeared in the European mass media (especially the tabloid press, such like the German Bild), claiming that Greeks do not work hard enough, and expect the rest of Europeans to pay for the consequences of their laziness. It is very obvious that the Western media do everything possible to mock and slander the Greek people, who, at the same time, live in a tragedy, having seen their lives being degraded by the harsh austerity measures, imposed by the EU, IMF and the Greek government.

1) This is an unprecedented smear racist campaign against Greeks who, in fact work 42 hours per week comparing to 40.3 (the average in the rest of the 27 member states of the EU), while the average gross monthly wage is 803 euros (which is among the lowest in the EEA). More details can be found, also, in statistics released by Guardian and BBC
http://www.guardian.co.uk/news/datablog/2011/dec/08/europe-working-hours
http://www.bbc.co.uk/news/magazine-17155304

2) European citizens have been told that "they are helping the Greeks by sending money to them via their taxes, in order to support their failed economy" while at the same time "Greeks appear arrogant and unthankful to them". This is a very common and sad perception! We do understand the indignation of the European taxpayers who are forced to bail out the Greek State. Nonetheless it should be well explained to them that their money do not go to the Greek people but to the banks, the rich families and a handful of overpaid politicians. Also, the economic plans imposed by the IMF in Greece contributed to a further impoverishment of the population through unprecedented cuts in wages and pensions, dramatic reduction in social spending, sharp increase in unemployment, and loss of employment rights. Hence, the EU bailout does not help neither the Greeks, neither the European taxpayer. Thus, all this hate against Greek people is unfair and unjust.

3) There have, also, been voices that Greeks are tax-evaders who deserve to be punished. While we can understand that tax evasion in Greece is a plague, the mass media systematically avoid to mention that responsible for tax evasion is not the entire population, not the ordinary Greek citizen, but, mainly, wealthy families who ILLEGALLY manage to avoid taxes and the Greek Orthodox Church which owns immeasurable wealth and banking stocks, but has always been a subject of tax exclusion.

4) There are numerous sources confirming that the Greek police act oppressively against the crowd, use prohibited tear gases, punish and beat protesters without reason and arrest even those who do not participate in the protests, while, most of the Western media, systematically obscure the violence coming from this side. We have seen similar mass uprisings in the Arab World during 2011, also in Chile, in Spain and Portugal, where journalists were openly taking the side of the people, but unlikely in Greece the reports are mixed up with lies, aiming to blame the Greek protesters.

5) It is, also, said that "Greeks cheated in order to join the Eurozone". But we all know that it was not the Greek people who 'cooked the books', but their dishonest leaders. Greek citizens feel very much ashamed and embarrassed about this, and, perhaps, they would not allow them join the Euro via illegal means. On the contrary, the Greek people would support any action taken from the EU against their previous leaders and MPs.

We believe that this is unacceptable and we seek for immediate action to reverse this hate campaign. As racism against minorities, (such like Roma, Muslims, Africans) is considered illegal, similarly, the Greeks should be protected by such vulgar stereotypes based on false propaganda and lies.

Therefore, we call for a general re-information about the Greek situation, and, at the same time, the media should do everything possible to abandon their hatred against the Greek population and all the nations of south Europe who face similar challenges.

We also, do not justify irrational nationalistic sentiments, no matter from where they come. The purpose of this petition is to inform the people of Europe regarding the dramatic reality in Greece and re-think about what they have been told. We are fully aware about the paranoid nationalism and aggressiveness of hate groups in Greece, such like the Golden Dawn or religious fundamentalists organizations, and we strongly condemn their actions against immigrants, either other European nations. Nonetheless, the people of Europe should make more efforts to understand the life conditions of the Greeks, and the fact that suicides have been increased (almost 4.000 in 3 years). This is NOT a funny situation! On the contrary, it is an unfair condition that requires compassion and solidarity, as if someday, any other nation of Europe will confront similar threats, the Greek people will openly offer their support.

Today: Michael T. is counting on you

Michael T. needs your help with "No to Racism against Greeks". Join Michael T. and 253 supporters today