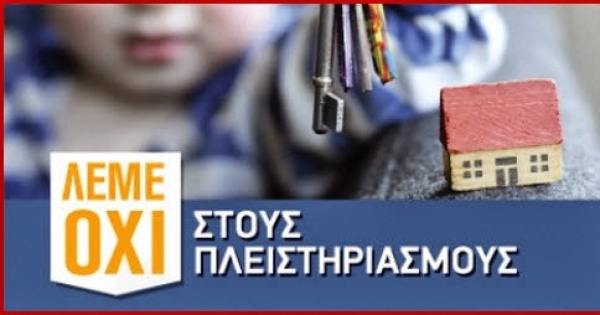 By continuing you agree to receive Avaaz emails. Our Privacy Policy will protect your data and explains how it can be used. You can unsubscribe at any time. If you are under 13 years of age in the USA or under 16 in the rest of the world, please get consent from a parent or guardian before proceeding.
This petition has been created by ekpizo E. and may not represent the views of the Avaaz community.
x

Sign this petition
ekpizo E.
started this petition to
Greek Prime Minister A. Tsipras, Greek Minister of Finance E. Tsakalotos, Greek Minister of Finance, Development and Tourism G. Stathakis, Prime Ministers of the 27 EU member States
Just two years ago, we asked for your support, to prevent, by January 2014, the bank foreclosure auctions on the property of overindebted Greek households.