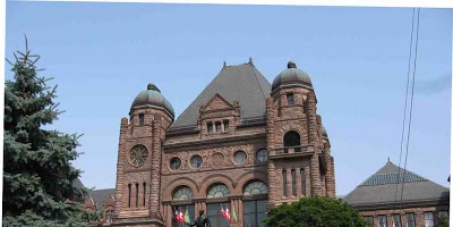 One Publicly-Funded School System in Ontario

This petition is closed
1,880 have signed. Let's get to  3,000
1,880 Supporters
Malcolm B.
started this petition to
Citizens of Ontario can make this happen through a petition to Ontario's Legislative Assembly to introduce and support legislation to establish a single, non-sectarian, publicly funded school system.,
Members of the Ontario Legislative Assembly.,
Kathleen Wynne,
Tim Hudak,
Andrea Horwath,
Liz Sandals,
Lisa MacLeod,
Peter Tabuns
There is growing public opinion supporting the consolidation of the public and separate school systems into a single, non-sectarian, public school system.

Four educational systems serving overlapping jurisdictions have created too many inefficiencies, too much red ink and huge waste of public money and resources. Buttressing crumbling infrastructure; duplicating administrative costs; and inefficient transportation of students is a misuse of tax dollars.

Consolidating the public and separate school systems into a single, non-sectarian, publicly funded system would result in huge savings that could be directed into sustainable student programs and educational services that benefit all students.

Catholic school boards can also discriminate against the hiring of
non-Catholic teachers. Teachers applying for teaching positions are expected to have a current Pastoral Letter signed by their parish priest.

Ontario is among the world's most diverse and cosmopolitan societies.

Tolerance and understanding of Ontario's present day diverse population cannot be achieved in isolation, but only through interacting with others.

A single, non-sectarian, publicly funded school system would help break down the barriers that foster differences among Ontario's society and would promote openness and tolerance. It would be inclusive; designed to help students achieve their maximum potential academically, emotionally, socially and physically. It would not discriminate on the basis of religion in any form including: school environment; enrollment of students; opportunities for all students; evaluation of students; employment and advancement of teachers and all other school board; adherence to Ministry of Education curriculum guidelines, including courses in World and Comparative Religions.

Please share the petition information with your family, friends and fellow citizens and urge their support.

For additional information regarding Civil Rights in Public Education review: www.CRIPEweb.org
Report this as inappropriate
There was an error when submitting your files and/or report.
Inaccurate Inappropriate language Hate speech Illegal Commercial/spam Offensive
×

Today: Malcolm B. is counting on you

Malcolm B. needs your help with "One Publicly-Funded School System in Ontario". Join Malcolm B. and 1880 supporters today