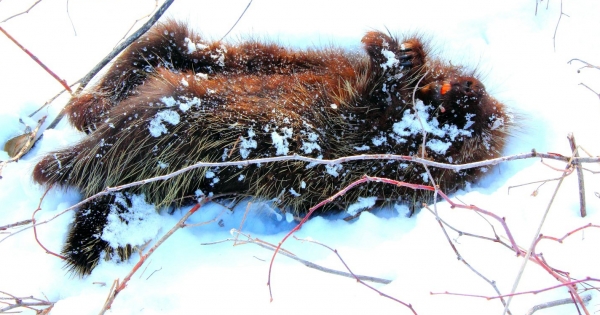 This petition is closed
50 Supporters
Janice S.
started this petition to
Ottawa Mayor Jim Watson
Dear friends
In Ottawa, Canada's Capital, this “Year of Celebration" for our country’s 150th anniversary is starting with needless injury and death to hibernating animals and other wildlife wintering in a large tract of land known as Kanata Lakes North. To the dismay of many, and despite concerted efforts to stop it, some 240 acres of old growth forest, wetlands and uplands, with ten distinct habitats and some 675 species of animals and birds, are slated for destruction by Kanata North Lands Development Inc., a company owned by builders Urbandale and Richcraft. Complete removal of the forest (clear‐cutting) has started and the politicians and company officials responsible for it need to know that, for all of us, this situation is unacceptable. If land is to be cleared, animals must be protected.

Clear‐cutting requires heavy equipment thatwill crush wildlife living in dens underground – think of rabbits, foxes, skunks, groundhogs, voles and many other species. The felling of trees is equally lethal to animals inhabiting them –
porcupines, raccoons, squirrels, chipmunks, owls and other overwintering birds, to name only a few, live in trees. Those
that survive are left without their shelter and food supply, necessities for survival in an Ottawa winter. We fear that thousands of animals will die.

Over many years, elected officials have rubber‐stamped
this project, despite increasing awareness of the inestimable value of biodiversity in old growth forests. In 2015, Mayor Jim Watson and the City Council agreed to the Protocol for Wildlife Protection during Construction. The Protocol outlines wildlife protection measures recommending against winter clear‐cutting precisely because of danger to forest animals. It is unacceptable that the City and the companies involved ignore this most basic principle of the Protocol, but these voluntary guidelines lack the teeth needed to make a difference. A simple postponement would prevent animal deaths and suffering, while a complete halt to the whole project would make even more sense. We can only use moral suasion, and we can only speak on behalf of the animals.

We call on you to halt the clear‐cutting taking place in Kanata Lakes North, sparing the lives of hibernating and resident wildlife. Ottawa’s Protocol for Wildlife Protection during Construction recommends that site clearing take place in late summer to early fall, so that animals have a chance to escape the destruction of their habitat. To do otherwise is inhumane. The clear‐cutting must stop immediately. We demand that the
guidelines set out in the Protocol be respected and enforced. The Kanata Lakes North project has been years in the planning, yet the clear‐cut proceeds at the worst time for animals.

By the City’s own assessment, the clear‐cut is taking place in the most bio‐diverse area of Ottawa, our last old growth forest. Even the most ordinary animal deserves the protection of our humanity. Let’s support regulations that value animals’ lives over profit. Add your name to the petition above with one click on the link, then forward this to friends and family.


With hope, and in solidarity with animals who have no voice

For more information on the issue&colon
Donna DuBreuil, Winter tree cutting a threat to wildlife, West Carleton Review, January 6, 2017, on page 3 at this link&colon https&colon//issuu.com/westcarletonreview/docs/westcarleton010517 Reproduced at http&colon//unpublishedottawa.com/letter/123146/knl‐tree‐cutting‐threatens‐wildlife

Paul Renaud, Winter Kill in the South March Highlands, May 14, 2011. The story surrounding the dead porcupine, by the photographer. http&colon//renaud.ca/wordpress/&questp&equals1014

Today: Janice S. is counting on you