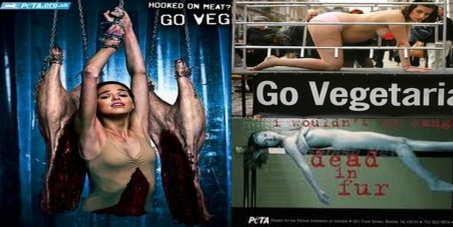 PETA Stop using violence against women as a gimmick in your advertising campaigns.

By continuing you agree to receive Avaaz emails. Our Privacy Policy will protect your data and explains how it can be used. You can unsubscribe at any time. If you are under 13 years of age in the USA or under 16 in the rest of the world, please get consent from a parent or guardian before proceeding.
This petition has been created by Claire M. and may not represent the views of the Avaaz community.
x

Sign this petition
Claire M.
started this petition to
Ingrid Newkirk President of PETA (People for the Ethical Treatment of Animals)
It is possible to highlight the issues of animal cruelty without degrading women. Exploiting the violence and abuse of women to highlight the abuse of animals enables abusive attitudes and behaviours - it is counter productive to your cause and makes a mockery of any message seeking tolerance and understanding. Highlighting one form of abuse by exploiting another shows a lack of understanding and complete disregard of the devastating impact violence against women has on our society.

Violence against women is a worldwide epidemic - this is not a source for humour. Would PETA use child abuse to highlight animal cruelty? I think not - because, quite rightly, that would not be ethical - so I ask why does PETA think the use of domestic violence is acceptable?

UK Government statistics released in January 2013 estimated that:
85,000 women are raped on average in England and Wales every year.
400,000 women are sexually assaulted annually
1 in 5 women (aged 16 - 59) has experienced some form of sexual violence since the age of 16.
28% of women who are victims of the most serious sexual offences never tell anyone about it.

Please remove current campaigns and pledge to use ethical advertising campaigns that are considerate to ALL living creatures.

PETA continually use images that depict women as pieces of meat and sex objects in their adverts. Images that are misogynistic, fat-shaming, sexually suggestive and anti-body hair. Most disturbingly they continue to use violence against women as a means of highlighting the plight of animals.

It would almost seem that PETA have a 'policy' to use violence against women as a means to an end to raise awareness of animal cruelty. See this truly disturbing and offensive campaign using 'humour' and domestic violence to promote becoming a vegan

- BWVAKTBOOM: "Boyfriend Went Vegan and Knocked the Bottom out of Me http://www.bwvaktboom.com/

To see a sample of the images they have used see http://www.buzzfeed.com/copyranter/the-12-absolute-worst-peta-ads-of-all-time
I concentrate on the use of images of women because there is a clear distinction in the use of men and women - In a poster, you will see a man holding an empty cage - to promote the freedom of birds Yet in another poster you will see a woman IN a cage.

Today: Claire M. is counting on you

Claire M. needs your help with "PETA Stop using violence against women as a gimmick in your advertising campaigns. ". Join Claire M. and 1,258 supporters today