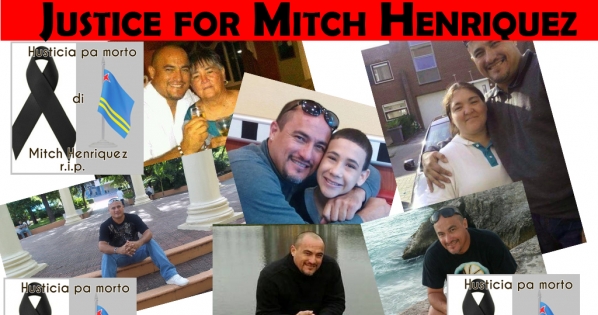 By continuing you agree to receive Avaaz emails. Our Privacy Policy will protect your data and explains how it can be used. You can unsubscribe at any time. If you are under 13 years of age in the USA or under 16 in the rest of the world, please get consent from a parent or guardian before proceeding.
This petition has been created by Mohammad S. and may not represent the views of the Avaaz community.
x

Sign this petition
Mohammad S.
started this petition to
Mitch Henriquez suffocated to death under police custody and prosecutors are treating the five police officers who arrested him as suspects in his death. Together, we can build a massive call for justice!

A video shows that 42 year old Mitch Henriquez from Aruba was already unconscious when he was dragged into the police van at a music festival in the Hague, and a Dutch prosecutor says police actions most likely caused the oxygen deprivation, leading to his death. The Hague's chief prosecutor, Kitty Nooy, said a preliminary autopsy report says Mitch Henriquez's death "was extremely likely caused by a deprivation of oxygen he suffered" and that "it can be assumed that the lack of oxygen was a consequence of actions by the police." Henriquez death has sparked claims of police brutality and two nights of rioting in The Hague that have led to more than 200 arrests.


Let’s stand together against police brutality. Over 15,000 have already signed -- join now and send to everyone you know!

Today: Mohammad S. is counting on you