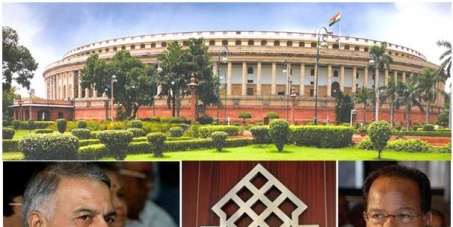 Victory
This petition is closed
50 Supporters
ऐश्वर्य ग.
started this petition to
1. Dr. M. Veerappa Moily, Minister of Corporate Affairs, Government of India, 2. Shri Yashwant Sinha, Chairperson, Committee on Finance, Parliament of India
Present Companies Act, 1956 has been in force for about fifty six year with several amendments. In these years, there is a new national and international economic and business environment, growth of economy, technologic advancements, emergence of e-governance, corporate governance, responsible and sustainable business issues. During last two decades, corporate scenario has been changed completely. With the change of way of business, there is a need to have an updated comprehensible law.
In last two decades, there were several failed attempts to bring a new law to replace existing obsolete Companies Act, 1956. Present government has already been presented the Companies Bill, 2011 before Parliament. Unfortunately, present bill has already been outdated by about one year with changing pace of business environment and may require some amendment before put to vote in Parliament. Leaders of government and opposition need to act immediately to bring a new law to serve interest of our nation and stakeholders of Indian business community called as India Inc. It needs to do a lot; let the Parliament working, doing legislative business as its core mandate, positively debate, then vote and pass the law. All stakeholders from a schoolgirl in a remote village which may get benefit of proposed corporate social responsibility, a small investor which may get benefit of corporate governance, a compliance office which may get benefit of reformed regulatory environment to a top notch managing director are looking for a new energetic law.
We need to act immediately to request our Government and Opposition to sit seriously for legislative work in Parliament and pass Companies Bill in Parliament, before it became obsolete.