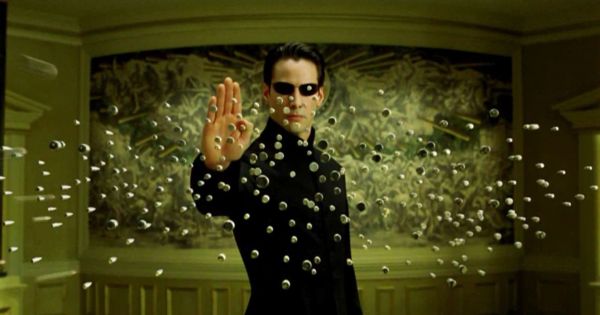 By continuing you agree to receive Avaaz emails. Our Privacy Policy will protect your data and explains how it can be used. You can unsubscribe at any time.
This petition has been created by Michael P. and may not represent the views of the Avaaz community.

Sign this petition
Michael P.
started this petition to
People Of Earth, Fellow Lovers of Life & Wisdom
In essence, this campaign invites Humanity to respond to a single question:


DO YOU WANT WORLD PEACE NOW?

* Thy will be done, on Earth as it is in Heaven. LITERALLY!

People of Earth, Friends and Family, Fellow Peace Advocates and Lovers of Life,

This is a Clarion Call to the Leading Edge of Your Consciousness, and the Heart of Your Humanity!

*** If there Existed a Push-Button Solution for World Peace
and Abundance for All, Would You Press It?

*** Are You Open To The Miraculous?

*** Are You Open To The Possibility That The Answers & Solutions to Humanity’s Greatest Questions & Challenges, Are Hiding In Plain Sight?

The most Turbulent times in Human History have always been the most Fertile Grounds for Transformation. This is because, when a Society reaches a Tipping Point, a Nexus Point, a Convergence Point, it becomes Incredibly Sensitive to Small Shifts in Consciousness. (To Paraphrase Ervin Laszlo)

This is just one other reason why it is such a great Honor to share with you some of the Greatest News imaginable!

A Scientifically Irrefutable, Push Button World Peace Formula has been realized, and it is in the form of The Single Greatest, Non-Binding Agreement for the Spontaneous Unification and Mobilization of Humanity around Waging World Peace.

An Agreement so Metamorphic, and yet so absolutely Irrefusable, that it becomes The Greatest Integrity Check, and Ultimate Litmus Test of Truth, to be presented to all of Humanity, including All those in positions of Influence.

An Agreement which will initially Divide/Unite Humanity into Two Categories: Those who say Yes, and those who have Not Yet said Yes. ;)

This Agreement essentially Invites Humanity to Unite around the Formation of a “Global Cooperative”, which offers Free and Equal Shares for Everyone, thus Leveraging the Collective Purchasing Power of Social Movements.

It does this through a “Single Consensus Reality Survey” which invites all of Humanity to Explore, Nominate, Vote Up, and Identify all the Greatest Yes or No Agreements, which all those who are for World Peace Could and Would Obviously Agree on, for Cocreating Paradise Earth. A World of Eco-systemic Harmony which ensures that All People have and abundant access to their Basic Needs.
To finally bringing An End to Fear and Scarcity Consciousness, Poverty, Corruption, Economic Debt Slavery, Predatory Capitalism, Environmental Destruction, and All Forms of Systemic Violence.

BY SIGNING THIS PETITION, and Supporting The Angelion Declaration, you help ensure that the Consensus Reality Survey is FINANCED, DEVELOPED, & PRESENTED to ALL of HUMANITY, beginning with all One Billion Plus Cultural Creatives, Political, Religious, Academic and Activist Leaders, Investigative Journalists, Nobel Peace Prize Laureates, and Philanthropic Billionaires. A Process which also catalyzes an Open, Academic Peer Review, for Validating this World Peace Formula. This very structure also becomes the Methodology, framework, and platform for Peer Reviewing the Validity and Feasibility of All Proposed Scientifically Irrefutable, Push Button World Peace Formulas.

Humanity is One Unanimous Yes away from World Peace.

Much like this Declaration, the Consensus Reality Survey essentially asks Five Yes or No Questions: (Which could simply be expressed as "I Would Like To See" Statements).

1. Would you like to see all of Humanity Invited to Unite around the Exploration of the Greatest Agreements, which all those who are for World Peace Could and Would Obvious Agree on?

2. Would you like to see One Million and then One Billion People Invited To Invest $1/Year or Month, or Day towards Micro-financing a World Wisdom Council in Every Community, which will invite the Entire Community to Respond to this Survey, and where all money will then be equally distributed through The Earth Cooperative "Trinity Revenue Distribution Model"?
A) Local Scholarship Program, focused on Developing the Angelion Declaration & Consensus Reality Survey.
B) Providing Free, Organic, Non-GMO Fruit for All those who are Hungry. (This evolves to Systemic Solutions for providing all Basic Needs, Via the Earth Cooperative Model)
C) Financing a Local Wisdom Council of Investigative Journalists and Film Directors, for Broadcasting and Documenting the Entire Process and the movement of Every Resource, so as to provide the greatest amount of Transparency, Efficiency, Accountability, and Open Collaboration.

3. Would you like to see One Million and then One Billion People each agree to purchase One Ethical, Ecological, and Competitively Priced Product every Year and or Month, from The Earth Cooperative. "ITS YOUR COMPANY!"
Activated your shares here:
www.TheEarthCooperative.com

4. Would you like to see All of Humanity, and beginning with all of the most voted up Thought & Heart Leaders, each publicly nominate their Three Greatest Agreements, which they feel Humanity Could and Would Agree on?

5. Would you like to see All of Humanity, and beginning with all of the most voted up Thought & Heart Leaders, publicly present their carefully thought out testimonials, regarding what they feel the implications would be if all of Humanity United around these 5 Yes or No Agreements, the top 10 Agreements which have currently received the most votes, as well as the 3 agreements which they themselves nominated?

Together, and Through This Process, we will Co-Create the next version of the Greatest Peace Treaty.

If you would like to support the initial Micro-financing process of this entire Initiative, you are invited to Support the Founding Visionary who will finance the First Design Team that will develop this initiative, as a template, to be simultaneously launched from every local capital city, in all of the Worlds 196 Countries.
www.Patreon.com/MichaelsWave

For more information, visit the following links, and join us as members of the World Wisdom Council via the Facebook Group, and Accept the World Peace Challenge, for Uniting Humanity with the Greatest Speed and Grace.

We strongly encourage Deep, Heart and Thoughtful Inquiry and Critical Thinking and Collaboration!

1. A Full Write Up of this Initiative:
www.tiny.cc/dearhumanity

5. Share your email, Activate Your Shares, and Join the Co-creation of the World's Greatest Company... It's Your Company!
www.TheEarthCooperative.com

10. Building the Case for the Holographic Structure of Reality:
(Ironically, it need only be built and truly understood by one person) :)
www.tiny.cc/holographicevidence

This Experience has been Sponsored by:
#TheDivineHologram


BY DIVINE DECREE,
IN THE NAME OF DIVINE LOVE,
AND UNDER THE LAW OF GRACE,
IT IS DONE.

BY DIVINE DECREE,
IN THE NAME OF DIVINE LOVE,
AND UNDER THE LAW OF GRACE,
IT IS DONE.

BY DIVINE DECREE,
IN THE NAME OF DIVINE LOVE,
AND UNDER THE LAW OF GRACE,
IT IS DONE.